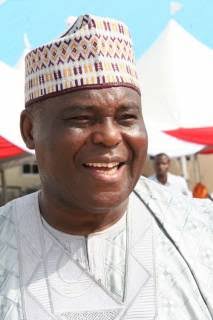 Raymond Dokpesi, the founder of DAAR Communications, has disclosed how the agitation for Biafra by Nnamdi Kanu, leader of the Indigenous People of Biafra, IPOB, has affected the chances of the southeast producing a Nigerian president.

Dokpesi disclosed that some Nigerians believe that Kanu would force a Nigerian president of Igbo extraction to declare Biafra.

He said the IPOB leader may use militant tactics to blackmail and force an Igbo President to declare South East independence.

He stressed that Kanu and IPOB have complicated the agitation of the Southeast to produce a Nigerian president.

Dokpesi, in a statement he issued on Monday, stressed his belief in a united and indivisible Nigeria.

The statement reads partly: “The emergence of IPOB and its influence across the South East has complicated and undermined the agitation for patriotic Nigerians of Igbo extraction to lead this nation as far as the 2023 election is concerned.

“If nobody has told Ohaneze Ndigbo before, the concern today from some other regions is that if Nnamdi Kanu plays the role of Aguiyi Ironsi in leading a militant revolt against constitutional government in the southeast under Igbo presidency, the president will be pressured by his base to facilitate the UN processes for the South East to call for independence from Nigeria.

“Thus an Igbo President may be compromised in protecting the political and geographic boundaries of Nigeria whilst Nigeria remains under the threat of IPOB’s secessionist activities.”

Prior to his rearrest, Kanu had led the agitation for the actualization of Biafra.

While in the United Kingdom, UK, Kanu was pushing for the actualization of Biafra by engaging those he could across the world.