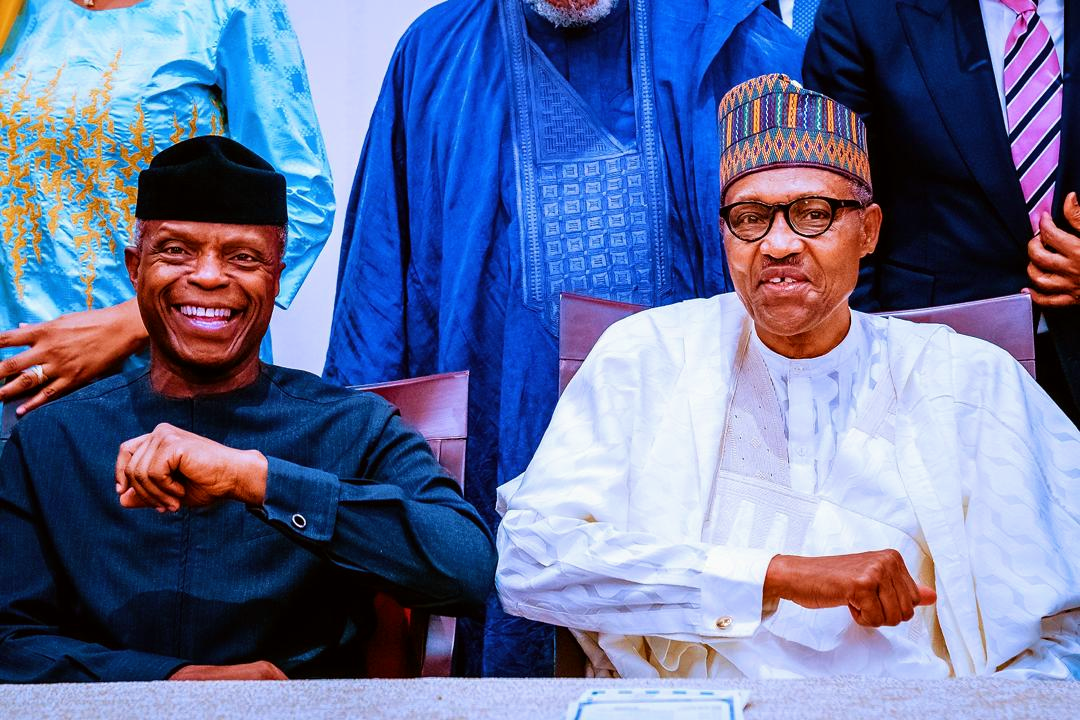 Scores of All Progressives Congress (APC) chieftains says they would not retrace their steps in rallying support for Vice President Yemi Osinbajo to succeed President Muhammadu Buhari in the 2023 poll.

The group under the aegis of the Progressive Consolidation Group (PCG) at the weekend embarked on an advocacy visit to Katsina state where they met with the Governor of Katsina State, Alhaji Aminu Bello Masari, the Emir of Daura Emirate, Alhaji Faruk Umar Faruk and APC members from all the 34 local councils of the state.

PCG led by Aliyu Rabiu Kurfi told reporters in Abuja that the parley with party stakeholders was a success.

According to him: “Every passing day, we see further indications of success in our mobilization and advocacy efforts towards ensuring that Vice President, Professor Yemi Osinbajo succeeds President Muhammadu Buhari and sustain our party, APC’s progressive ideals.

“We deeply appreciate the warmth and hospitality offered by the people and government of Katsina state during our visit to Government House, Katsina last Friday as well as our visit to His Royal Majesty, the Emir of Daura, Alhaji Faruk Umar Faruk last Saturday.

“Governor Masari personally received us and advised that we also apply our members’ energies towards further strengthening the APC nationwide.

“Our Royal father, the Emir of Daura also heard our genuinely patriotic reasons for making Professor Yemi Osinbajo our preference for leadership of Nigeria and while he is not a politician, he notes the excellent working relationship between both President Buhari and the VP, Professor Osinbajo.

“We assure all true Progressives and members of the APC in Nigeria and abroad that at the Government House, at the Palace and our strategic meetings with various stakeholders drawn from all the local government areas of Katsina state, our concerns for stability, unity, peace and progress of Nigeria profoundly resonates,” Kurfi stated.

Said Dr Dibia: “As everyone knows, we started our awareness for good governance since March 2019, with a collective resolve to promote our great party, APC, so as to ensure that our party again produces Nigeria’s next President come 2023.

“Looking at the extant developmental challenges that the country is contending with, it is only wise for the Party to choose a most qualified and most acceptable Candidate to sustain and improve on the positive gains, achievements and legacies of President Muhammadu Buhari.

“It is in view of this development that we at the PCG feel convinced that an Osinbajo Presidency comes 2023 will bring down tension, facilitate stability and accelerate further progress in all sectors of the economy.

“Therefore, we went before Governor Masari, the Emir of Daura and other stakeholders 8n Katsina state, to seek for support, wise counsel and advice towards accelerating the possibilities of collective success,” he stated, adding that Prof Osinbajo is one of those elements with8n the current system that can further enrich the nation’s prospects.

Related Topics:2023 ELECTIONAPCBuhariOsinbajo
Up Next

Why I Love Collaborating With Beyonce -US Rapper, Jay-Z Reveals