A civil society organisation, Kingdom Human Rights Foundation International, has threatened to sue the Federal Government and the Kyari family should they fail to produce all those who attended the burial for isolation or quarantine.

The group’s Executive Director, Okere Nnamdi, in a statement, said, “Kingdom Human Rights Foundation International will file a public interest action against the Federal Government of Nigeria and the Kyari family if they fail to make all those who attended the burial available for 14-day isolation and NCDC to quarantine them within 24 hours.”

Also, a civil rights movement, Human Rights Writers Association, has demanded that the NCDC should trace and quarantine for 14 days everyone that witnessed the burial.

HURIWA, in a statement on Saturday by its National Coordinator, Emmanuel Onwubiko and Media Affairs Director, Zainab Yusuf, said, “For the sake of public safety and public good, we urge the Chairman of the Presidential Task Force on COVID-19 and Secretary to the Government of the Federation, Boss Mustapha, to self isolate for 14 days and for the NCDC to trace and send to the isolation centre the hundreds of the persons who attended the burial of the Chief of Staff in clear violation of the extant laws regulating the conduct of funerals during the health emergency brought upon us by the rampaging coronavirus disease.

“This public show of total disregard for the laws that were rolled out and signed publicly by the President as manifested by the rich and powerful who turned up for the burial ceremony must never be allowed to go the way of other illegalities in our clime.”

Also, the Coalition of United Political Parties also expressed disappointment with the manner of handling the burial.

In a statement by its spokesperson, Ikenga Ugochinyere, it said, “The Presidential Task Force led by the SGF should be disbanded for authorising the violation of all measures put in place to curtail the spread of the virus, hosting an infected body in government presidential building; the Defence House in Maitama, and an effective and responsive team to be headed by the Vice-President be set up immediately to lead us through this battle against coronavirus. 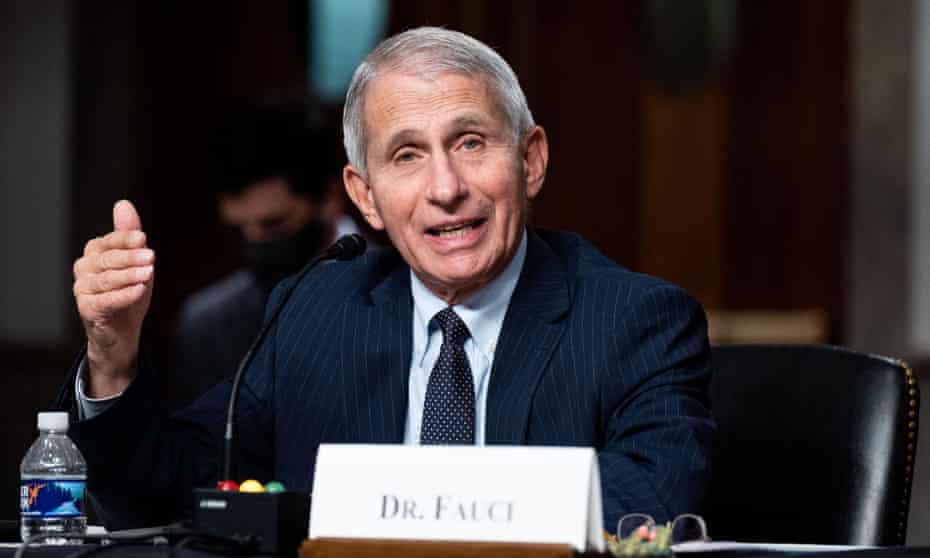 As part of efforts to redefine the country’s national COVID-19 response and build the health security framework for the country, the Nigerian COVID-19 Summit is to host Dr Anthony Fauci.

Fauci, who is the Chief Medical Adviser to U.S. President Joe Biden as well as the Director, the National Institute of Allergy and Infectious Diseases, U.S. will be speaking at the summit.

The summit, which is in partnership with the Coalition of Development Partners, will be held from December 6 to December 8, 2021, in Abuja.

Dr Mukhtar Muhammed, Technical Head, Presidential Steering Committee on COVID-19, made the disclosure to the News Agency of Nigeria in Abuja on Sunday.

Mohammed said that the PSC had also mobilised all critical stakeholders including development partners for this important National Summit.

“We are heartened and encouraged by the support we have received so far from our development partners and the private sector.

“With just one day away from the commencement of this summit, which will help us to redefine our national COVID-19 response and build the health security framework for the country,” he added.

He, however, encouraged Nigerians and the international community to visit the website of this summit.

“There will be a virtual session that can be accessed by all. In order to register, you will log on to the website: https://2021.covid19summit.com.ng/.

“I want to thank all Nigerians, members of the diplomatic corps for their understanding of our procedures.

“Our international development partners, for providing technical and financial support, members of the press, for doing your work to ensure that we advance the cause of public health, and Nigeria remains a very safe environment,” he said.

NAN reports that the Secretary to the Government of the Federation and Chairman PSC on COVID-19, Boss Mustapha, had said that in preparation for the committee’s winding down, it would hold a COVID-19, summit in partnership with the Coalition of Development Partners in the country.

According to Mustapha, the theme of the summit will be: ‘Pushing through the Last Mile to End the Pandemic and Build Back Better’.

The sub-themes include: ‘Leadership And Governance In Pandemic Recovery And Reconstruction’ and ‘Nigeria’s Health-Security Framework For Effective Response To Global Health Security Threats’.

The SGF noted that the summit would be an august assemblage of key actors in the health, economic, security, and policy-making sectors of the country.

We Have Willpower To Tackle Illicit Drugs – Marwa

Chairman/Chief Executive Officer of the National Drug Law Enforcement Agency (NDLEA), Buba Marwa says the agency is determined to tackle illicit drugs in the country despite the myriads of challenges its operatives encounter occasionally.

In an excerpt from a piece published in the agency’s magazine, the NDLEA boss said he is confident that NDLEA now holds all the aces and stands a good chance of curbing the drug menace in the country.

Marwa who reeled out some of the recent feats attained by the agency, was optimistic that the NDLEA is going to bring drug prevalence figures down, even though at the moment they still remain at a worrisome number.

According to the NDLEA chief, June was a month of strategic development and significant developments for the agency included the launch of the War Against Drug Abuse (WADA) initiative, the unveiling of the National Drug Control Master Plan (NDCMP 2021-2025) and the release of the Standard Policy and Practice Guidelines (SPPG) for the Agency’s counselling centres.

These he noted were in addition to the agency’s continuing blistering performance in terms of record arrest and conviction of drug traffickers and unprecedented seizures of consignments of assorted illicit substances.

Notwithstanding, Mr Marwa stressed that it is not yet ‘Uhuru’. He insisted that “the drug prevalence in Nigeria is worrisome, especially when compared with the global average”.

He said, “from the last UNODC/Ministry of Health survey in 2018, we now know that 14.3 million Nigerians, between the ages of 15 and 64, abuse drugs. The World Drug Report ranked Nigeria as the leading country in the abuse of cannabis. These statistics should worry Nigerians.”

The NDLEA CEO, however, assured that the statistics will change for the better, explaining that his optimism is founded on solid premises.

“We are now an intelligence-based organization, and the purpose of our strategies is to exterminate illicit drug supply or, at least, control it; while at the same time, we are ramping up our drug demand reduction efforts. With UNODC, we have launched a standard policy guideline for counselling for NDLEA counsellors. So, our strategies encapsulate prevention, treatment, and aftercare,” he declared.