At least 1,000 people have been killed by a magnitude-6.1 earthquake in Afghanistan’s east, according to Taliban officials, and the death toll is expected to grow as information trickles in from remote villages.

A further 1,500 people are reported to be injured by the quake.

With teams being dispatched to quake-hit areas, Afghan officials have asked humanitarian agencies to help with the rescue effort.

A Taliban spokesman of Afghanistan’s foreign ministry said it would welcome international help.

Neighbouring Pakistan has said it is working to extend assistance.

Most of the confirmed deaths were in the province of Paktika, where 100 people were killed and 610 were injured, the head of the Taliban administration’s disaster management authority said.

Deaths were also reported in the eastern provinces of Nangarhar and Khost, he added.

Authorities are searching for more casualties.

The earthquake was felt over some 500 kilometres by about 119 million people in Pakistan, Afghanistan, and India, the European Mediterranean Seismological Centre (EMSC) said in a tweet. 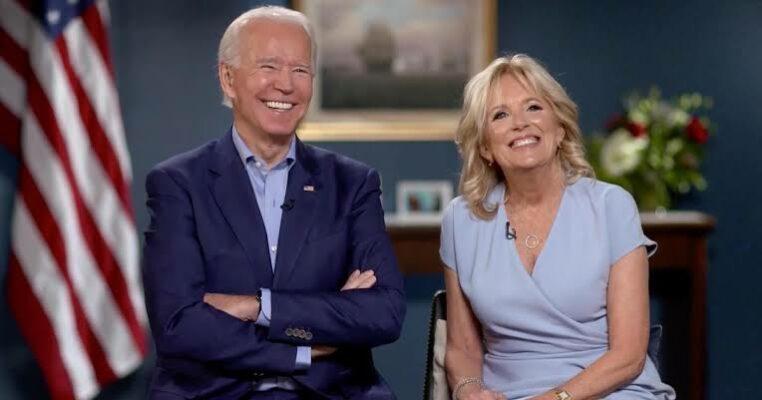 “Close contacts of the First Lady have been notified,” Ms Biden’s communications director, Elizabeth Alexander, said in a statement. “She is currently staying at a private residence in South Carolina and will return home after she receives two consecutive negative COVID tests.”

President Joe Biden tested negative on Tuesday after recently recovering from the virus on August 7 but will be wearing a face mask indoors for 10 days as a precaution.

“Consistent with CDC guidance because he is a close contact of the First Lady, he will mask for 10 days when indoors and in close proximity to others. We will also increase the President’s testing cadence and report those results,” Press Secretary Karine Jean-Pierre tweeted.

Mr Biden’s travel plans include returning to Washington on Tuesday to sign Democrats’ landmark climate change and health care bill, the Inflation Reduction Act, which aims to tackle climate change while lowering the deficit and the cost of prescription drugs before returning home to Wilmington, Delaware.

The Bidens have been vacationing in South Carolina since August 10. Ms Biden has been prescribed the antiviral drug Paxlovid and will be isolated at the vacation home for at least five days.

Just In: Ruto Declared Winner Of Presidential Election In Kenya 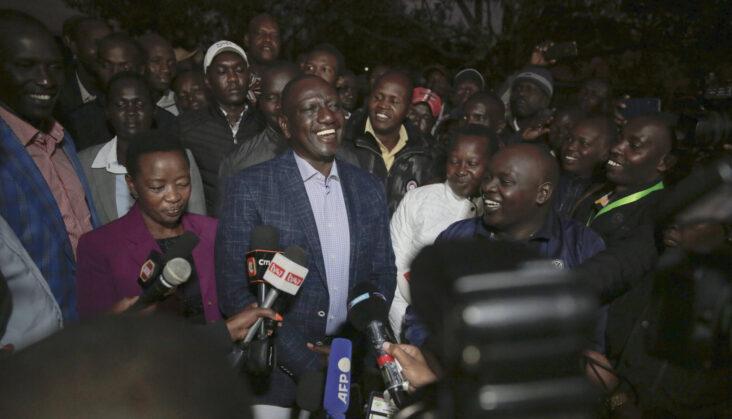 Deputy President William Ruto was Monday declared winner of Kenya’s hard-fought presidential poll but the announcement was mired in controversy after several members of the election commission rejected the results.

“I stand before you despite intimidation and harrassment. I have done my duty according to the laws of the land,” Chebukati said.

“In accordance with the law, I… hereby declare that Ruto William Samoei has been duly elected as the president.”

Shortly before his announcement, four out of seven IEBC commissioners said they could not recognise the results, raising rigging fears in the closely-watched poll in the East African political and economic powerhouse.

Ruto is a 55-year-old rags-to-riches businessman who had characterised the vote as a battle between ordinary “hustlers” and “dynasties” who had ruled Kenya since independence from Britain in 1963.

After the results were announced, he vowed to work with “all leaders” in Kenya.

“There is no room for vengeance,” Ruto said, adding: “I am acutely aware that our country is at a stage where we need all hands on deck.”

The outcome was a bitter blow for Odinga, the 77-year-old veteran opposition leader who had the weight of the ruling party behind him after forging a 2018 pact with outgoing President Uhuru Kenyatta in a stunning shift of allegiances.

The days-long wait for the outcome of the race had already set the East African nation on edge.

But in a shock announcement, IEBC vice chair Juliana Cherera told reporters that she and three of her colleagues could not “take ownership of the result that will be announced,” calling the process “opaque”.

“However we have an open door that people can go to court and because of the same we urge Kenyans to be peaceful because the rule of the law is going to prevail,” she added.

As confusion reigned, scuffles broke out at the IEBC’s heavily guarded national tallying centre in Nairobi, where some people were seen throwing chairs shortly before Chebukati’s announcement.

Although last Tuesday’s poll passed off largely peacefully in the regional political and economic powerhouse, memories of vote-rigging and deadly violence in 2007-08 and 2017 still loom large.

The IEBC had been under intense pressure to deliver a clean election after it faced stinging criticism of its handling of the 2017 election.

Doctors in India were stunned when they were tasked with removing a steel cup from a man’s stomach — which they believe was initially inserted into his rectum.

An unnamed man from the Maharajganj district was reporting stomach pains for several days and no treatment seemed to work, despite seeing multiple physicians.

He then saw Dr. Lal Bahadur Siddharth of the Siddharth hospital in Jaunpur, who did an X-ray and discovered the cup inside him.

The patient was rushed to surgery on Aug. 6 where doctors successfully removed a cup the size of a hand from what appears to be an incision in his stomach.

A 73-second video shows the procedure which begins with one doctor cleaning the stomach area before carefully removing the silver cup with the bottom of the object facing up.

Medical staff appears to be in disbelief as the surgeon holds up the tumbler for the camera.

A doctor holding a steel cup
The doctor was able to successfully remove the cup.

The man, who works as a laborer, has recovered well, according to Jam Press.

The medical professionals have hypothesized that the cup reached his stomach after being inserted up the man’s anus.

Doctors said the man got extremely drunk with three strangers after returning from a grocery store, where he had gone to get vegetables.

By the time he sobered up, the unknown people were not present, and doctors aren’t sure if the man shoved the cup up his rectum himself or if he was assaulted.

This incident is surprisingly not uncommon, according to the Clinical Case Reports Journal, as similar cases have been reported in men, ages 30 to 40, from around the world .

In Iran, one man had a plastic water bottle removed from inside his anus, while a Florida man had to have a screwdriver surgically removed from his rectum.