Former National Legal Adviser of the All Progressives Congress, APC, Muiz Adeyemi Banire (SAN), has taken a swipe on the National Chairman of the party, Adams Oshiomhole, urging him to stop interfering in the political affairs of Edo State.

He made this statement during an interview with theexpressng on Monday, where he questioned Oshiomhole’s unprofessionalism in resolving the crisis in the state.

The former Lagos commissioner for the environment also urged the leaders of the party to carefully scrutinize the handling of the party’s affairs by the former Edo State governor.

“It is simple. My position is that, leave the governor alone; let him govern the state. During his own time in Edo, Oyegun never interfered for one day over what is going on there – whether in the choice of the Speaker or the exco members. So, let the governor run the state; he has been elected to do a job.

“Whatever way it is done. My view is that we need somebody, who can unite the party. The party is badly divided. Every day, you hear that they want to send the deputy national chairman away, they want to send the vice-chairman, North-west away. Virtually, they will send everybody away, the way things are going. So, if there are crises within – right from the National Working Committee, how can they control the larger space?

“Well, I am not impressed. I have always said it that my understanding of politics is that as much as possible, you must be extremely calm and tolerant of the views of others. It is not a place in which you ask people to go away, go away. It’s hardly done in politics to ask people to go away. Politics is one place that you must be working to attract more people daily. So, I don’t believe in his approach.

A Federal High Court in Lagos today granted Media Rights Agenda (MRA) leave to proceed with its Freedom of Information (FOI) suit against the National Broadcasting Commission (NBC) for refusing to disclose details of payments of license fees by broadcasting stations and platforms operating in Nigeria and the amount owed the Commission by stations as license fees.

Justice Ambrose Lewis Alagoa paved the way for the suit to proceed upon a preliminary motion brought by MRA’s lawyer, Mr. Alimi Adamu, asking the Court to grant the organization leave to mount a legal challenge to NBC’s failure to provide it with the information it requested through a letter dated August 22, 2022.

In the suit in which the NBC and the Attorney-General of the Federation are named as Respondents, MRA is contending that the NBC’s refusal to provide it with the information it requested amounts to a breach of its right of access to information as well as a flagrant violation of the FOI Act.

The motion ex-parte brought by Mr. Adamu, pursuant to Order 34, Rules 1, 3(1) and (2) of the Federal High Court (Civil Procedure) Rules 2009 and Sections 1(3) and 20 of the FOI Act, asked the court to grant MRA leave to seek the following reliefs:

· A declaration that the NBC’s denial of access to MRA of the information it requested by a letter dated August 22, 2022 constitutes a violation of the organization’s rights of access to information established and guaranteed by Section 1(1) and 4 of the FOI Act;

· A declaration that the NBC’s failure and/or refusal to give MRA a written notice that access to all or part of the information it requested would not be granted with reasons for the denial and the section of the FOI Act upon which the Commission relied to deny the organization access to the information requested amounts to a flagrant violation of Section 4 (b) and 7 (1) of the FOI Act;

· An order directing the NBC to deposit the information requested by MRA with the court pending the determination of the suit;

· An order directing the NBC to pay to MRA the sum of N1 million as exemplary and aggravated damages for the flagrant and unlawful violation of the organization’s right of access to information; and

· An order directing the Attorney-General of the Federation to initiate criminal proceedings against the NBC for the offence of wrongful denial of access to information under Section 7 (5) of the FOI Act.

Upon listening to Mr. Adamu move the motion and after reviewing the motion papers as well as a copy of MRA’s request to the NBC, Justice Alagoa granted the request as prayed. 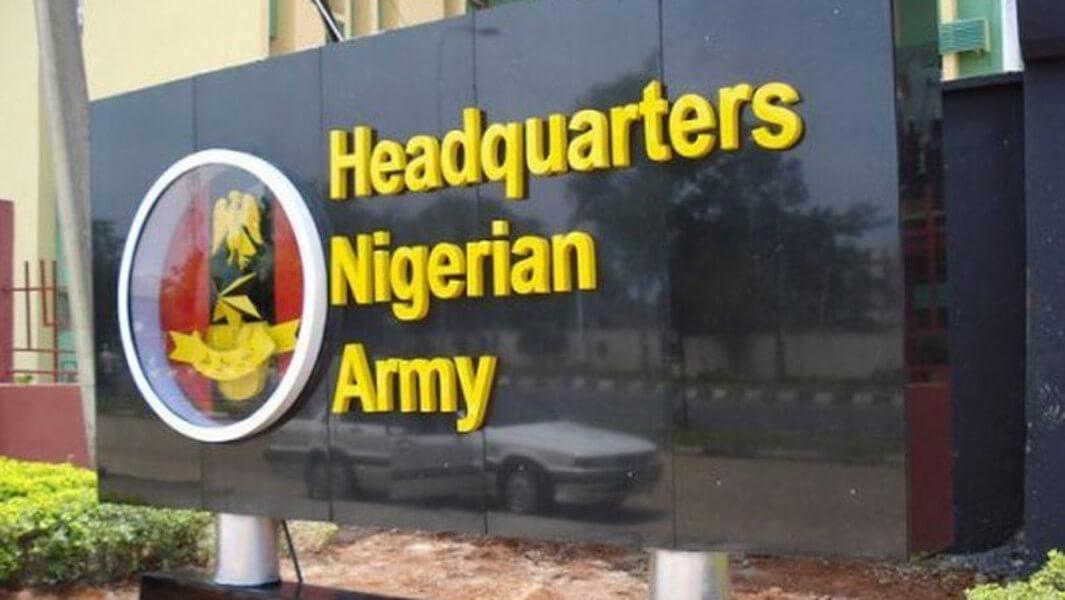 The Rescue of the 23 remaining victims of the Kaduna-Abuja train attack on Wednesday, 5th October, 2022 after six months in terrorist’s captivity has been described as a non-kinetic operation, with the Defence headquarters’ stating that giving details of how they were rescued, would subject their families to a fresh trauma.


This is just as the DHQ said that though there was a lot of secrecy involved in the operation because of the high powered committee members involved, the terrorists involved will definitely be fished out and made to face the consequences of their criminal actions.

The Director, Defence Media Operations, Major General Musa Dan Madami and the Director of Defence Information, Major General Jimmy Akpor both made the disclosure on Thursday at a media briefing.

Asked to tell Nigerians how Nigerian security agents secured the release of the victims and what happened to the terrorists, Major General Dan Madami said, “The most important thing is that those people (victims) had been held captive for about six months and have been rescued. It was part of the non-kinetic operation of the military. Giving details may subject their families to fresh trauma. So for now, we will wait for the appropriate time for the details to come out.

On his part, Major General Akpor said, “Operations such as this, involves elements of national power. These elements could be social, could be developmental. These elements can be deployed to achieve national objectives. There was a lot of secrecy in the operation to achieve the objective. As to what happened to the terrorists, that will be made known later. But it is a given that anybody that committed such a criminal offence against the nation will definitely, will be fished out and made to face the consequences of that act”.

Furthermore, Madami said troops of Guards Brigade have arrested 64 youths in black attires, armed with 9 locally made guns during a raid on Karshi hill and surrounding villages in Abuja Municipal Area Council of the Federal Capital Territory following intelligence on plans by hoodlums to disrupt the Independence Day Celebration on October 1, 2022.

In the battle against economic sabotage, he said troops discovered and destroyed a combined total of 74 illegal refining sites, 67 wooden boats, 6 speed boats, 456 storage tanks, 274 cooking ovens and 89 dugout pits. Troops recovered a total of over 3.76million litres of crude oil and 458,000 litres of Automotive Gas Oil, thereby denying oil thieves a total of over N2.1billion worth of stolen crude oil and products.

Madami said, “Troops of Operation Hadin Kai in the North East conducted ambushes, clearance operations, fighting patrols and cordon and search as well as other operations at different locations in Biu, Damboa, kaga, Kukawa and Gubio Local Government Area all in Borno State.

“Furthermore, between 23 and 28 September 2022, the air component of Operation Hadin Kai carried out air interdiction operation at identified terrorist’s enclaves at Kolaram and Bukar Meram both in the Southern Lake Chad region of Borno State. The air strikes resulted in the neutralization of several terrorists with several of their structures destroyed”.

“Equally, troops conducted a snap road block and arrested a suspected criminal logistics supplier at Amana in Obanliku Local Government Area of Cross Rivers State. Items recovered from the suspect include 20 pairs of black boots, 20 pairs of special force uniforms, 2 mobile phones and the sum of N15,200 only.”