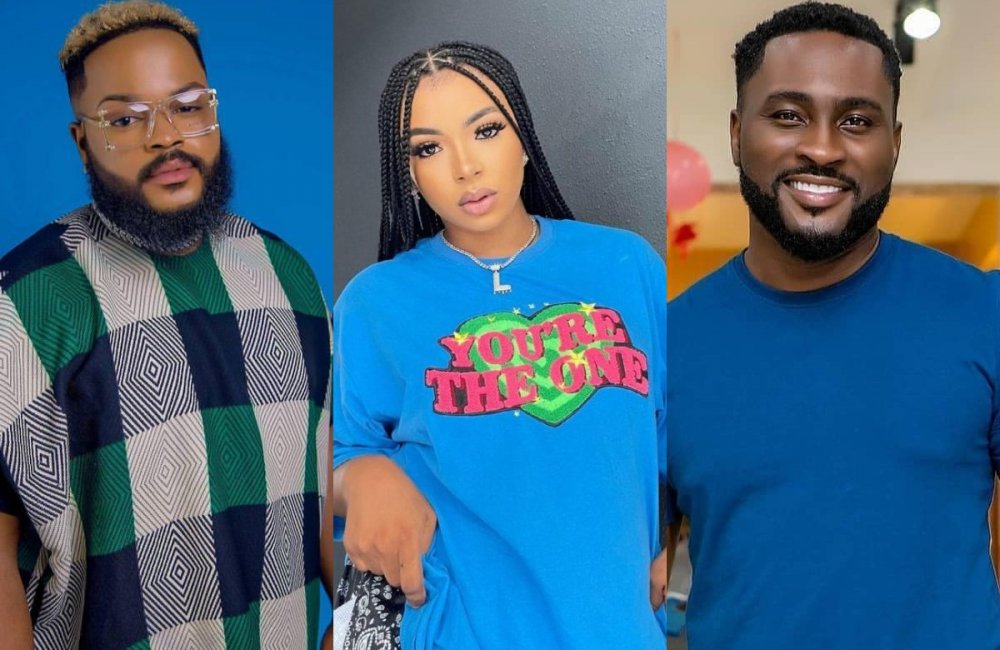 Big Brother switched up the game a little taking the housemates by surprise when he summoned them for nomination before the Head of House task.

However, this nomination came with a condition: the housemate who wins the Head of House games will automatically be removed from the nomination list.

During the games, Emmanuel finished the highest to emerge the new HOH, while Pere came second and won the Veto Power.

Emmanuel was consequently saved from being nominated while Pere saved himself and placed his one-time love interest, Queen on the chopping board.

Below is how housemates nominated those up for eviction;

Saga: Jackie B and Jaypaul

Jackie B: Saga and Pere

Emmanuel: Yousef and Jackie B

BBNaija: ‘I Have A Tendency To Flirt Even When I’m Married’ – Cross Reveals

ENDSARS Memorial: I Was Crying My Eyes Out, Hearing The Gunshots From Our House, Actress, Adesua Etomi Recounts

Nollywood actress, Adesua Etomi has joined millions of Nigerians who are commemorating one year since the painful loss of lives at Lekki Toll Gate during the EndSARS protest.

You would recall that on October 20, 2020, armed military officers opened fire on unarmed EndSARS protesters at the Lekki Tollgate who were calling for the disbandment of the Special Anti-Robbery Squad due to the incessant brutality by officials of the group on civilians.

Sharing her memories of the incident that received global attention after lives were lost, properties destroyed, and hundreds left injured, Adesua Etomi on her Instagram page disclosed that at the time, she was 6-months pregnant with her child.

Adesua Etomi who is the wife of popular singer and music executive, Adesua Etomi recalled how she was cried her eyes out while hearing the gunshots from her house.

“I can never forget this day. I was 6 months pregnant, crying my eyes out, hearing the gunshots from our house. Sitting in the darkness out of fear. I can’t possibly imagine how terrifying it must have been for those at the toll gate.