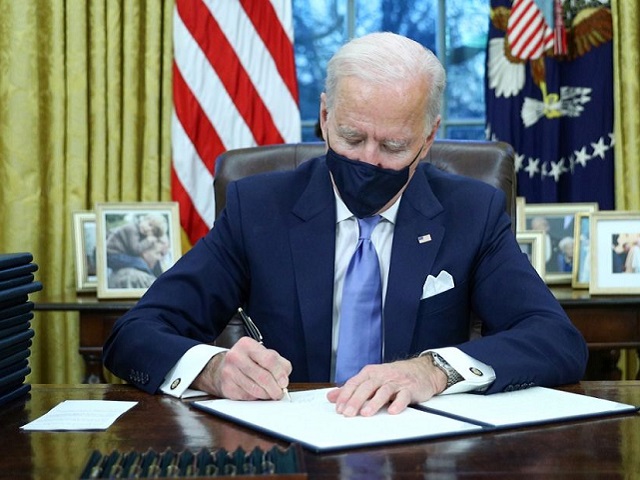 Before his exit from White House on Wednesday, Mr Trump-led administration was notorious for its harsh policies against immigrants and asylum seekers, one of his many election campaign promises.

He tightened the policies amidst the coronavirus pandemic which rocked the globe, claiming his decision was to protect American populace.

However, Mr Biden, immediately after his inauguration on Wednesday, issued a number of executive orders undoing some of the policies and projects of his predecessor.

Mr Biden has now nullified the entry ban on citizens from over a dozen countries, including Nigeria, Eritrea, Yemen, and Sudan.

“There’s no time to waste.

“These are just all starting points,” he said before signing the 17 executive orders in the White House, a statement that connotes the possibility of many more to come.

Mr Trump’s strict immigration policies have been condemned by leaders and civil groups in the past.

Against his predecessor’s plan to exit the World Health Organisation (WHO) by July 2021, Mr Biden has also submitted a letter renewing the U.S. ”commitment to funding the organisation and honoring the country’s policies on climate change”.

Why Restructuring Alone Will Not Solve Nigeria’s Problems – Jonathan