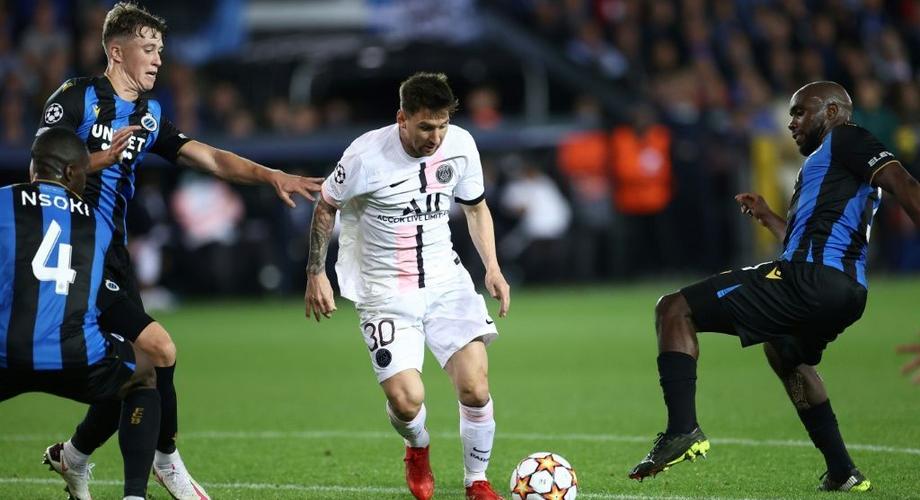 PSG started their star trio for the first time at Club Brugge but they failed to deliver as the Belgian side were full value for a point in their opening Champions League Group A game.

Kylian Mbappe brilliantly set up Ander Herrera for the opening goal of the game but the lead lasted just 12 minutes before Hans Vanaken equalised for the hosts.

Thereafter, Brugge were the better side although Lionel Messi came the closest to adding to the scoreline when in trademark fashion he drifted in from the right flank to curl an effort beyond Simon Mignolet, only to see the shot come back off the bar.

Mbappe left the field of play, seemingly with an Achilles injury, six minutes into the second half, and with Messi still seemingly short of full fitness and Neymar having a quiet night, PSG looked far from a side capable of threatening for the Champions League.

Meanwhile, Manchester City have begun their quest for that elusive Champions League title with a 6-3 win over RB Leipzig.

A stunning solo effort from Jack Grealish and a long range strike from João Cancelo shone brightest from bunch that also saw a calamitous own goal supplement strikes from Nathan Ake, Riyad Mahrez and Jesus.

Christopher Nkunku became the first Leipzig player to register a Champions League hat-trick but it was in vain as the English champions eased to a comfortable victory in the end.