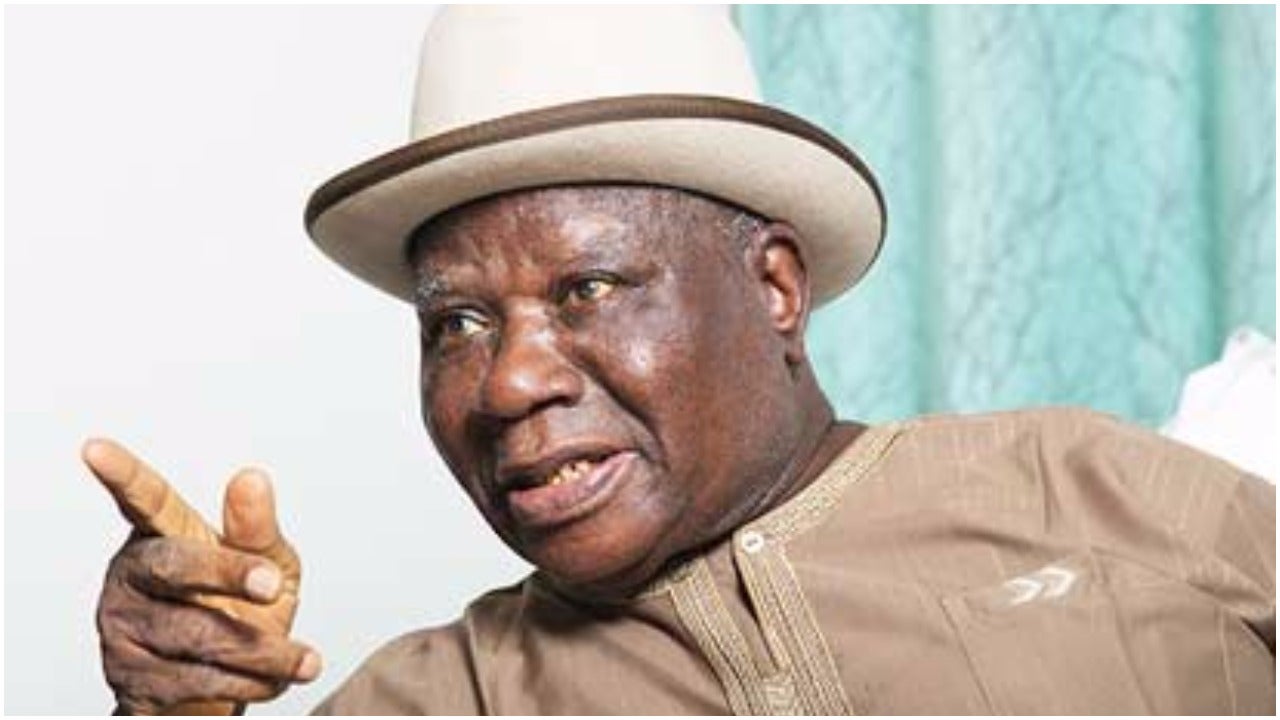 Clark, who is the leader of the Pan-Niger Delta Forum (PANFEF), told newsmen at his Abuja residence on Wednesday that true federalism remains the solution to the multiple challenges besetting Nigeria.

According to him, it is President Buhari’s duty to ensure the nation heads towards true federalism even as it has been detailed in the APC report by the Governor El-Rufai-led committee.

The elder statesman is of the opinion that the degenerating living conditions in the country are worsening because the President has refused to heed the call for restructuring which breeds equity, fairness, and justice.

He further asserted that restructuring was part of the President’s campaign manifesto in 2015 and wondered why it has become an uphill task to implement.

The former federal commissioner of information argued that if the APC cannot implement its own committee’s recommendations, then the party lacked the necessary capacity under President Buhari.

“If the government in power in 2015, said that ‘in our manifesto, restructuring of Nigeria for a better Nigeria is number one’ and you came to power in 2015. Now, we are in 2021, or two years more for you to go, you are not talking about your constitution.

“So, your party said look, let us put into the writing. It was in our manifesto. Let us set your committee to examine the issue of restructuring and the party did it. What are they waiting for? Are they waiting for PDP to come into power before executing their own report?

“As I said, I am speaking on behalf of the majority of Nigerians who are aggrieved. A meeting called by Mr President to Aso Rock of representatives of Nigeria will not last more than one day.

“The executive will then prepare a memorandum to the National Assembly and within three or four months, they will be completed. The National Assembly has been spending N1 billion every year on amending the Constitution of Nigeria for years now; they have not been able to do so.

“So, if the APC is the party ruling Nigeria today, it means it lacks power under President Buhari to implement whatever they want to implement in the interest of Nigeria,” Clark explained.

He, however, noted that regardless of how long was left for the current administration, the Buhari-led government can still implement the recommendations of the party’s report.

“So, the issue of time does not arise. If they want to do it within six months, it will be carried out,” the elder statesman declared.

The PANDEF chief also stressed that no part of the country would remain slaves to the other, adding that until the injustice perceived by parts of the country was addressed, the issue of the Indigenous People of Biafra (IPOB) and other agitators would be a child’s play.

According to him, the agitation for self-determination and secessions will definitely increase to the extent that it will worsen the security situation in the country, therefore, threatening the nation’s polity.

He asked the government to heed the cautionary messages and act lest the nation implodes.