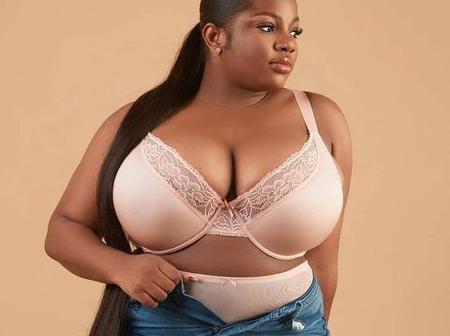 …Why We Raided Her -EFCC Explains

Dorathy revealed this on her Instagram story as she lamented over the sad incident.

Recounting the incident, Dorathy expressed frustration at how unsafe it is to be a Nigerian.

“At 4:45 I heard a loud sound and voices followed, I rushed out almost naked to see five fully armed EFCC men in my living room and one of them saying ‘Oh na that Big brother girl be this’.

“In my confused state I was trying to understand why they broke down my door. Then one of them said they were looking for someone who ran into the estate and I should lock my door and stay indoors and not say a word.

“I’m shaking at this point and so confused because at what point is this Okay.

“What is the need of being a citizen of this country when I can’t feel safe in my own house.”

Her statement has triggered several reactions from Nigerians on social media.

Meanwhile, EFCC has explained why its operatives raided the apartment of an ex-BBNaija housemate, Dorathy Bachor.

Bachor had on Monday accused operatives of the commission of breaking into her apartment at 4:45 am on Monday.

The Lockdown housemate also said the incident caused her mother to suffer a panic attack.

Reacting to the call-out, the commission, in a statement posted on Facebook, said some suspected fraudsters were occupying the block of flats where Bachor’s apartment is located.

EFCC explained further that her apartment door was broken down after the operatives were refused entry.

“The attention of the Economic and Financial Crimes Commission has been drawn to a post on Instagram by one Dorathy Bachor, alleging that operatives of the Commission broke into her home in the early hours of today, 23rd August 2021

“The Commission can confirm that operatives from the Lagos Command of the Commission, acting on verified intelligence, executed a Search Warrant at a block of flats located in the Lekki area of Lagos on Monday, 23rd August 2021 during which nine internet fraud suspects were arrested.

“Ms Bachor’s apartment happened to be one of the flats in the building. EFCC operatives had knocked on her entrance door, identified themselves as being from the Commission on a mission to execute a Search Warrant. But they were refused entry, for several minutes by Bachor’s sister. The operatives were left with no choice but to force their way in, lest suspects escape or destroy vital evidence.

“It is important to state that law-abiding citizens have no reason to refuse the execution of a validly obtained Search Warrant. And, contrary to the information making the rounds in the social media, Ms Bachor was not present during the operation and the anti- EFCC stories about her coming out half-naked among other fantastical details appear to have been invented to fit the pattern she and other internet-fueled stars so desperately want to push about the EFCC.

“It is important to reiterate that nine alleged internet fraud suspects were apprehended in the block of flats housing Ms Bachor’s apartment,” the statement read.

CAN To Buhari: Stop Paying Lip Service To Unending Killings In Nigeria

Alec Baldwin: ‘Someone Will Pay For This’, Family Of Halyna Hutchins Demands Answers After Cinematographer Is Shot Dead 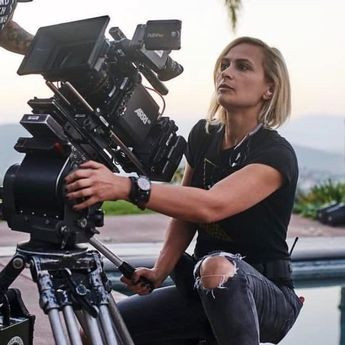 The distraught family of Halyna Hutchins were yesterday demanding answers about her death as they frantically tried to beat red tape to fly to the US.

Friends said dad Antoly and mum Olga were “beside themselves with grief” after being told of the tragedy by her husband, Matthew.

Halyna’s husband Matthew is comforting their eight-year-old son Andros at their home in CaliforniaCredit: Supplied as a technical service. No is implied or inferred.

A pal in Kiev, Ukraine, where Halyna grew up said: “The family is grieving but at the same time they are asking and they will want answers. If someone made a mistake then they will have to pay.

“They just don’t understand how something dreadful like this could have happened when safety measures are supposed to be in place.

“They are also frantically trying to secure documents to get to the United States. Her mother does not have the correct paperwork.”

Film studio bosses fear a mega lawsuit from the family if it turns out that Halyna’s death could have been avoided.

Husband Matthew was last night comforting their eight-year-old son Andros at their home in California.

The lad is named after her maiden name Androsovych, in a nod to her east European roots.

Halyna had written that she grew up on a Russian military base “surrounded by reindeer and nuclear submarines” and her father was reported to be a former member of the Soviet navy.

She spoke English and Russian, graduated from Kiev University in journalism and often found work as a BBC documentary producer.

Last night her sister Svetlana, who lives in Indonesia, said: “I cannot comprehend [her passing]. I loved her very much. I was very proud of her, and she was my role model. We were always close.

“This loss is a great grief for our family, and I see how hard it is for our parents. Hopefully, time will ease our heartache.”

University friend Yana Nestoliy said: “She was a wonderful woman and a dear friend and mother.

“Her parents are devastated and are trying to get to the US to see her but it is very difficult for them. I heard from another friend that it was Matthew who called them to break the news.

“She was fantastic at her work and after she left Kiev University she moved to the United States but she would often come back to Europe to work.

“Her mum wants to go to the US to see her and find out what exactly happened but is having trouble with her documents.

“It was her dream to live in America and make films and now she has died for her dream.”

Legendary entertainer, Sir Elton John has revealed he still struggles with the trauma of his childhood.

The 74-year-old singer said the trauma of his childhood inspired his parenting style to be the polar opposite towards his own children. Elton who shares sons Zachary, 10, and Elijah, eight, with husband David Furnish, said they are being raised to be ‘loved every second of the day’ and not fearing their parents like he did.

In an interview with Guardian, he said; ‘We never hit them or lose our temper with them. When they’re bad, they lose their pocket money, or their electronic stuff for a week – but they don’t get punished physically or mentally.

‘We talk it through with them. And they’re very happy children. I was always afraid of my parents, and I didn’t want my children to ever be afraid of me.

‘They’re going to feel embraced and loved every second of the day; they’re not going to be beaten and have those scars for the rest of their lives.’

Recounting how worried he was thinking it was ‘too late’ for him to have children, Elton averred that his sons came at ‘the right time’ and gave him a ‘purpose in life’.

During the height of his fame, Sir Elton struggled with his temper especially while abusing cocaine and alcohol. The singer who has been sober for 30 years, admitted that the tendency to ‘explode’ is still within him.

He said; ‘My behaviour was so erratic and so unpredictable. And it’s still in me, to explode at any moment.

‘I’ve been trying to work on that for a long time and I’ve got a wonderful husband who knows how to get me out of that stuff. I think it’s an artistic thing – artists can be so self-destructive sometimes, for no reason. I can have a day when everything in my whole life is going so well, and I get up and I feel like the world is against me. Why, I do not know.’

The issues, he says, stem from his childhood, adding: ‘The self-loathing, not having any self-esteem, that all comes from when I was a kid.’

In his memoir, Elton had revealed that his mother beat him with a wire brush while potty training him and his father hit him for taking his school blazer off the wrong way, which left him ‘walking on eggshells’.

He wrote; ‘All my life, until I became sober, I was afraid of talking to anybody. They asked me when I went to treatment how I felt and I said: “I don’t know, I don’t feel anything.”

‘I came to defrost, as it were, and discovered I did have feelings, and they went back a long time. And I think it stays with you for the whole of your life … I just have terrible feelings about myself; I feel bad about myself sometimes.’