The nation’s electoral body, the Independent National Electoral Commission, (INEC) has stated that Saturday, 26th February 2022, will be for the conduct of bye-elections in certain federal Constituencies in the country.

The National Commissioner and Chairman, Information and Voter Education Committee, Festus Okoye disclosed this in a statement on Friday.

Okoye said that the Commission agreed at the date after an extraordinary meeting.

On Ekiti East 1 State Constituency election, INEC said it has resolved to combine it with the Governorship election in Ekiti, which will hold on June 18, 2022.

While restating its concern for the restoration of internal democracy in the political parties, INEC appealed to parties that would produce candidates to ensure that their standard-bearers emerge through Direct and Indirect Primaries.

The INEC official was, however, silent on the consensus arrangement enshrined in the Constitution of some of the dominant parties.

“Political parties fielding candidates for the bye-elections must comply with the activities and timelines set out in the Timetable and Schedule of Activities for the conduct of the bye-election and conduct transparent and valid direct or indirect primaries in accordance with the dictates of sections 85 and 87 of the Electoral Act 2010 [As amended].

“Political parties must note that the aspirant with the highest number of votes at the end of voting shall be declared the winner of the primary of the party and the aspirant’s name shall be forwarded to the Commission as the candidate of the party.

“Political parties that present to the Commission the name of a candidate who does not meet the qualifications stipulated in the Constitution and the Electoral Act shall be guilty of an offence and on conviction shall be liable to a maximum fine of N500,000.00. The detailed Timetable and Schedule of activities has been uploaded on the Commission’s website and social media platforms,” the statement read.

Twitter Ban: You Have No Right To Regulate Freedom Of Opinion, Elumelu Tells FG

Just In: 2023: Why I Won’t Support Tinubu’s Presidential Bid, By Ojudu 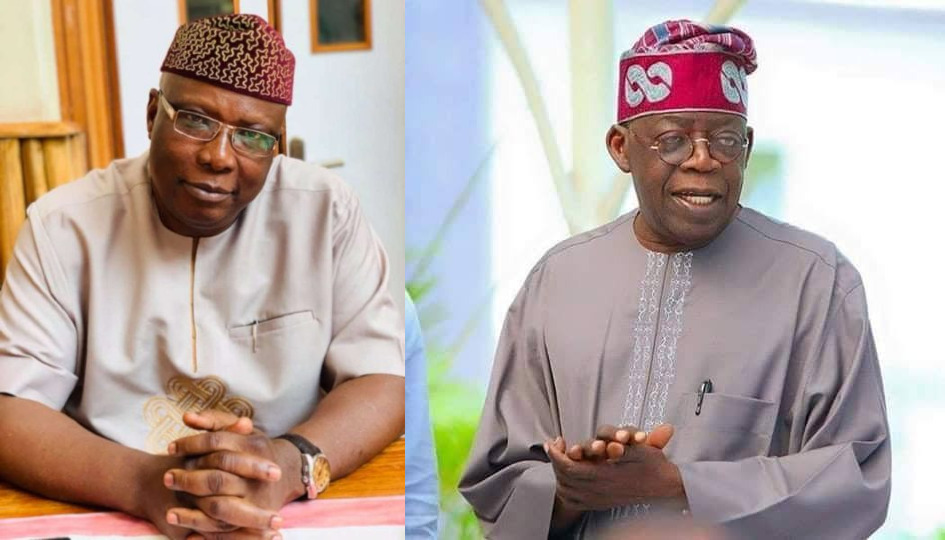 Ahead of 2023 election, Special Adviser to President Muhammadu Buhari on Political Matters, Senator Babafemi Ojudu has come out to declared his readiness to work against the Presidential ambition of the National leader of the All Progressives Congress (APC), Bola Tinubu.

In a statement on Tuesday, Ojudu rejected the claims that anyone close to Tinubu but against his presidential bid is a traitor.

Ojodu affirmed that Tinubu remains his leader and he would forever cherish him and the contributions he made to his organisation during the fight against the military.


Recall that last week, the former Lagos State Governor publicly declared his intention to run for the Presidency after meeting with President Buhari at the Presidential Villa, Abuja.

While some persons have thrown their weight behind Tinubu, others, including some of his loyalists, have vowed to work against him.

“I have seen a statement made by me, many years ago, to celebrate the 60th birthday anniversary of Senator Bola Ahmed Tinubu making the rounds. Yes I did make that statement. And more of such will come in my autobiography. We, together, have seen good days and bad days.”

“I and Bola Tinubu have come a long way and we have been there for each other. So, let no one use my acknowledgment of his good deeds and my refusal not to support him in his bid for Nigeria presidency to portray me as a betrayer.

“Tinubu remains my leader and I will forever cherish him and the contributions he made to my Organisation during our fight against the military.

“He however knows I don’t follow the herd. I make my choices based on very rigid parameters. He will tell you I am very Independent in my actions and ways.

“As a third year university student my dad chose to be in NPN. I never considered the fact that he fed me and paid my school fees to join him in a party I despised. I went to UPN and became a youth leader.

“Tinubu will tell you that whatever and whoever Ojudu is committed to is in for 100 percent commitment. Reasons I did rather faced torture and possible death in General Sani Abacha’s detention than reveal certain things they wanted me to reveal about him.

“We were already made before meeting him and in the cause of relating we gave one another a helping hand. As far back as 1992 when I came to know him I was already one of the editors of a popular news magazine with a good standing too in the civil society. I walked out of my job when our billionaire publisher (Chief MKO Abiola) requested I and my colleagues to apologize to General Ibrahim Babangida over a story critical of the regime. That was 1992.

“When I left that job, Chief Gani Fawehinmi, a man whom I was indebted to greatly (gave me a scholarship in my school days alongside King Sunny Ade) invested in my publishing platform (The News, publisher of PM news). The same one that was consequential in the battle to bring democracy back to Nigeria.

“At the conclusion of that struggle, Chief Fawehinmi insisted we seat out politics. Senator Bola Ahmed Tinubu disagreed with this notion, and I did as well. Against an obvious choice to blind loyalty, I went along with Senator Tinubu even serving severally in critical roles as he assumed the Governorship position. My actions angered Chief Gani so much he asked that I repay his investments. Guess what? I gladly did.

“So, on this matter of 2023 I wish him well but I cannot in good conscience give him my support or cast my vote for him in the coming primary. It is my right. I am above 60 years of age for God sake. I almost died seeking this inalienable democratic rights, held up in detention and severally tortured. Your god is not my god.”