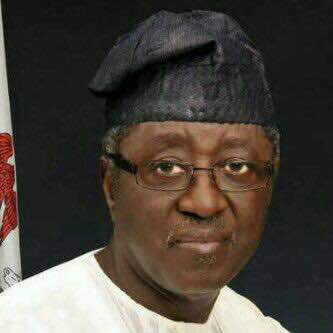 Former Presidential aspirant of the People’s Democratic Party (PDP) and former Governor of Plateau State, Jonah David Jang, has urged Federal Government to provide the enabling environment for Nigerians to ‘debate restructuring, [and] the imbalance in the constitution’.

He expressed worry that the federal constituencies in the House of Representatives in Kano and Jigawa states are more than the entire South-East and said until there is restructuring, what he observed as the political imbalance in the country will continue.

Jang made the remarks at a press conference in Jos, where he suggested the solution to the ill feelings in the country was for President Muhammadu Buhari to find a way to restructure the country.

‘If you look at the creation of states and local governments done by the military, it was the most lopsided thing they have done. If you look at the numbers of local governments in Kano and Jigawa and then look at Bayelsa, or if you want to look at the federal constituencies in Kano and Jigawa in the House of Representatives, they are more than the entire federal constituencies in the South-East,’ Jang explained.

‘Look at Jos North with the highest voting population, you put them together with Bassa, another heavily populated local government, you combined them together and give them one federal constituency. How can you have balance in the debate in the House of Representatives? It is very clear that Nigeria needs to be restructured,’ the ex-governor stated.

‘Our people are today not in their homes, they are refugees in their states, nobody is talking about them; what is our future as a people? This is because they have more numbers, they take what the want and overrule what the want to overrule. What kind of a constitution do we have that allows such injustice?

‘We have set the tone for the debate for the nation and I hope the government of today will allow Nigerians to debate restructuring, the imbalance in the constitution so that whatever legal way we can use to amend the constitution, if it means from article one to the end, let it be done,’ he said.