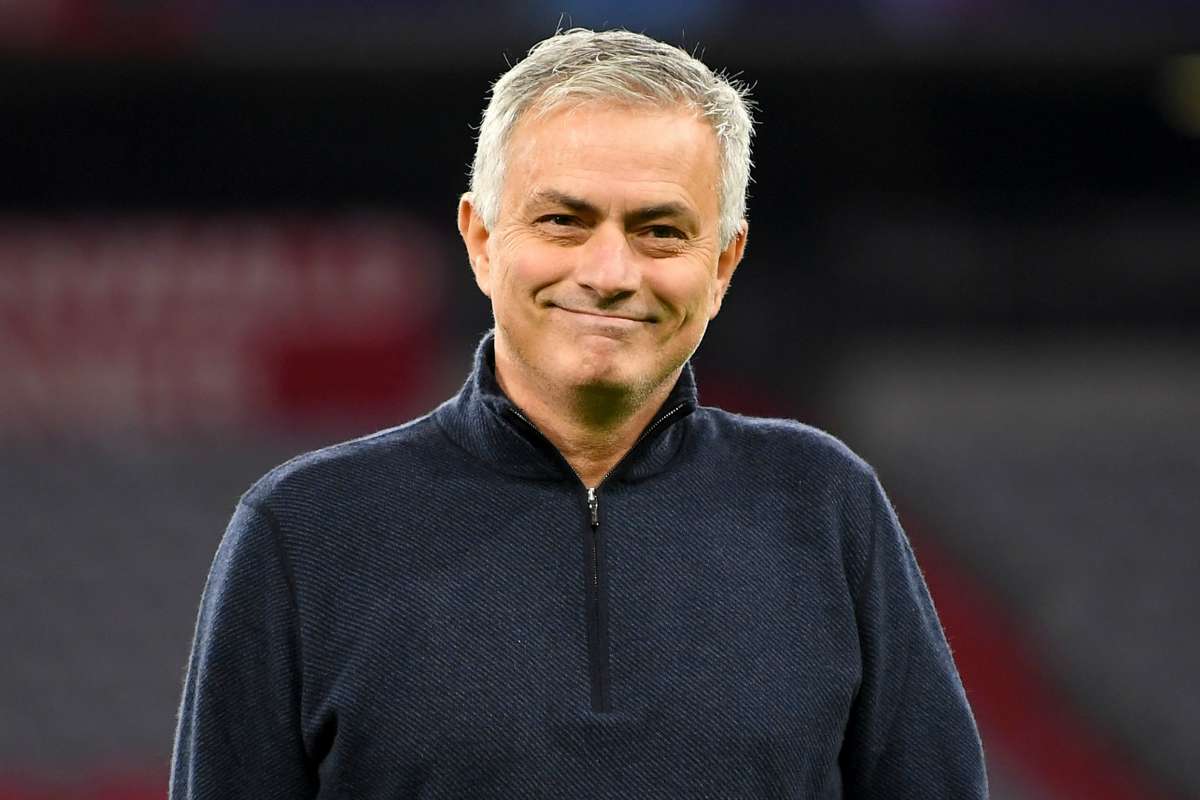 It’s official. Jose Mourinho has been named the manager of Serie A club AS Roma starting from the 2021-22 campaign, the club confirmed via its social media channels.

Mourinho was sacked by Tottenham Hotspur only a couple of weeks ago following a rough seventeen-month spell in North London. While there were some positives during his time, the manner in which the club crashed out of the Europa League and the decline in form in the Premier League since December meant that the Portuguese was shown the doors.

Speaking in a recent interview, Mourinho had hinted that he would be taking a short break from management. However, turns out that will not be the case as he is set to return to Italy as the manager of AS Roma, starting from the 2021/22 season. A report from Goal.com claims that the former Real Madrid and Tottenham manager has signed a three-year deal with the Giallorossi.

The former Manchester United boss has been announced as the new manager of Roma just hours after Paulo Fonseca was relieved of his duties.

Despite the fact Mourinho has spent the best part of the last two decades bouncing around some of Europe’s biggest clubs, it still came as a bit of a shock when Roma announced the news.

However, fans have expressed their shock  on Mourinho’s sudden announcement as Roma manager.

— fspringz (@fspringz) May 4, 2021
Incredible. He just bounces from job to job based on reputations nowadays with huge pay offs to boot ? https://t.co/6G0tNa0qhp

— Scott Saunders (@_scottsaunders) May 4, 2021
Mourinho was flooding his instagram page with Throwback pictures for two weeks after leaving Spurs. I thought he was down bad. The man posted his way into a job. What a finesse.

— Carl Anka (@Ankaman616) May 4, 2021
The majority of us have all spent at least one point in our lives desperately trying to find a new job for one reason or another, yet Mourinho has managed to land a job as manager of one of Serie A’s biggest clubs in the space of a matter of weeks!

What could possibly have meant he was so desperate to get back into work?

The Special One is going back to Italy. ? pic.twitter.com/L4PAdckV1J

— Squawka Football (@Squawka) May 4, 2021
Mourinho is the shot in the arm the Serie A needs desperately needs. Global interest about to go a 1000%. Today is a good day for country of Italy.

— Babanla (@biolakazeem) May 4, 2021
Right, there you go, we told you we’d offer the plus side of the argument – three tweets is your lot.

Now, back to the funny side which is the bit where he’s basically going to fall out with every member of his squad within six months before being offered a £15m pay off.

Rome wasn’t built in a day, but this time it’ll take about 6 months to dismantle

— Chris (@ChrisSummersell) May 4, 2021
Jose Mourinho appointed Roma coach a day after they announce the renovation of the Colosseum. One is a crumbling monument that once inspired awe but that’s best days are well behind it and the other is the Colosseum send tweet

— MansionBet (@MansionBet) May 4, 2021
It’s only natural that everyone’s going to have their own opinions on a character as controversial as Mourinho, but whether it’s a controversial appointment or not, a new man through the door at any club will always have ramifications for their existing squad.

Roma’s is certainly no different…

— Pipi (@mcpipita) May 4, 2021
Chris Smalling coming into training to find out Mourinho is the new manager next season!! #mufc #Mourinho #smalling #Roma pic.twitter.com/nfqlbC7xc4

— Paul N (@PaulN84) May 4, 2021
Jose Mourinho linking up with Chris Smalling and Henrikh Mkhitaryan at Roma.

‘Please Help Us!’ Mothers Of Abducted Kaduna Student Weep During Protest At NASS