FG Threatens To Shut Down NYSC Camps Over COVID-19

…Urges Nigerians Not To Patronize Anyone Hawking, Marketing Vaccines

The Federal Government on Monday threatened to shut down any National Youth Service Corps (NYSC) Orientation Camp where the state government does not comply with all the COVID-19 protocols.

The Minister of Youths and Sports, Sunday Dare, gave the warning at the Presidential Task Force on COVID-19 briefing in Abuja.

He said over 700 corps members out of 22,000 youths tested for COVID-19 had tested positive for the virus.

The minister urged the corps members to comply with the COVID-19 protocols in order to check the spread of the virus in camps.

Dare said: “Any orientation camp that is not obeying the protocol will simply be closed as the NYSC cannot afford to risk the lives and health of corps members.”

Meanwhile, the deadly B117 strain of COVID-19, first reported in the United Kingdom (UK) and also in South Africa has been found in Nigeria.

This was disclosed on Monday in Abuja by the chairman of the Presidential Task Force (PTF) on the pandemic and Secretary to Government of the Federation (SGF), Mr Boss Mustapha.

He noted that the PTF had been monitoring developments around case management in the country and other parts of the world, explaining that four persons had been diagnosed with the B117 strain.

He added that while three were travellers from Nigeria to other places, the fourth person was discovered in-country.

The PTF boss said: ​”Over the last few weeks, the PTF has been closely following the rising number of infections reported daily in Nigeria and in other jurisdictions. Similarly, our scientists have been sequencing the variants of the virus.

“There have been reports of cases with the B117 variant strain, first reported in the UK, found in Nigeria. Three of these were in travellers out of Nigeria and one in a resident.”

He stated that the PTF has plans to take further containment actions to slow down the spread of the virus, with special attention to be paid to the council areas of the country considered to be a high burden.

“All these numbers represent increases from the previous seven days and we are looking at taking further public health containment measures in Local Government Areas that are considered a high burden.”

Citing the increasing number of infections, Mustapha said though the five weeks of observance for guidelines introduced for the third phase of the eased lockdown had expired, the set of measures assembled for the period would be sustained for another month.

According to him, “The PTF is improving on the International Travel Portal to minimize the challenges passengers keep encountering. Similarly, it is reviewing the guidelines on the implementation of phase three of the eased lockdown which is due to expire today.

“In view of the fact that our numbers are not abating, all extant measures prescribed in these guidelines are (subject to some modifications) extended by a period of one month with effect from Tuesday 26th January 2020.

“These measures, by way of reminder include Advisory to the sub-national entities to enforce adherence to non-pharmaceutical initiatives already well-publicized; sanctions against international passengers that failed to show up for day-seven post-arrival testing.

“Implementation of the National Testing Week Strategy (450/774 Tests); sustaining the hours of curfew; and the decision to direct government employees on GL 12 and below to work from home till the end of January.”

The SGF also spoke on plans to acquire and distribute COVID-19 vaccines, admonishing Nigerians against hesitancy as he assured that only trustworthy and safe vaccines would be allowed in the country.

While warning against patronizing unverified sources for the drugs, he added: “The effort to access and deploy vaccines is progressing and as already announced by COVAX, the initial 100,000 doses Nigeria is expecting will now arrive in the early weeks of February.

“We wish to assure all Nigerians that the vaccines will be safe and effective when eventually it is deployed. We enjoin everyone to join in the campaign to eliminate vaccine hesitancy.

“​I have to however advise all Nigerians that the only source of vaccines that is safe and effective in Nigeria is through the channels of the National Primary Health Care Development Agency (NPHCDA).

“Please do not patronize anyone hawking or marketing vaccines. The minister of health and the ED-NPHCDA will elaborate on the vaccines issue.”

Mustapha noted with delight, the gradual improvement so far observed in case management, saying: “​The management of cases is gradually improving with the availability of medical oxygen. Government is also fast-tracking the rehabilitation of existing plants and construction of new ones as approved by the president.

“​The PTF has advanced in the deployment of resources for the national testing week and continues to review the bottlenecks affecting the turn around time for testing.”

The SGF also revealed that Nigeria is currently working with the government of the Kingdom of Saudi Arabia on the deportation of 600 Nigerians.

“The deportees are expected to arrive in two batches on the 28th and 29th January 2021. ​All necessary arrangements to ensure that these Nigerians are properly received are being put in place,” he stated.

In the same vein, the FG has extended phase three of eased COVID-19 lockdown by one month.

The Presidential Task Force (PTF) on COVID-19 announced this on Monday.

Its chairman, Boss Mustapha, at the weekly briefing of the task force in Abuja said: “The PTF is improving on the International Travel Portal to minimise the challenges passengers keep encountering.

“Similarly, it is reviewing the guidelines on the implementation of phase three of the eased lockdown which is due to expire today.

“In view of the fact that our numbers are not abating, all extant measures prescribed in these guidelines are (subject to some modifications) extended by a period of one month with effect from Tuesday, January 26, 2020.” 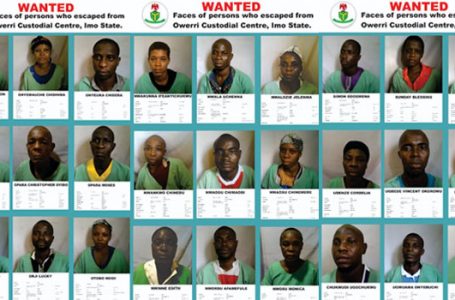