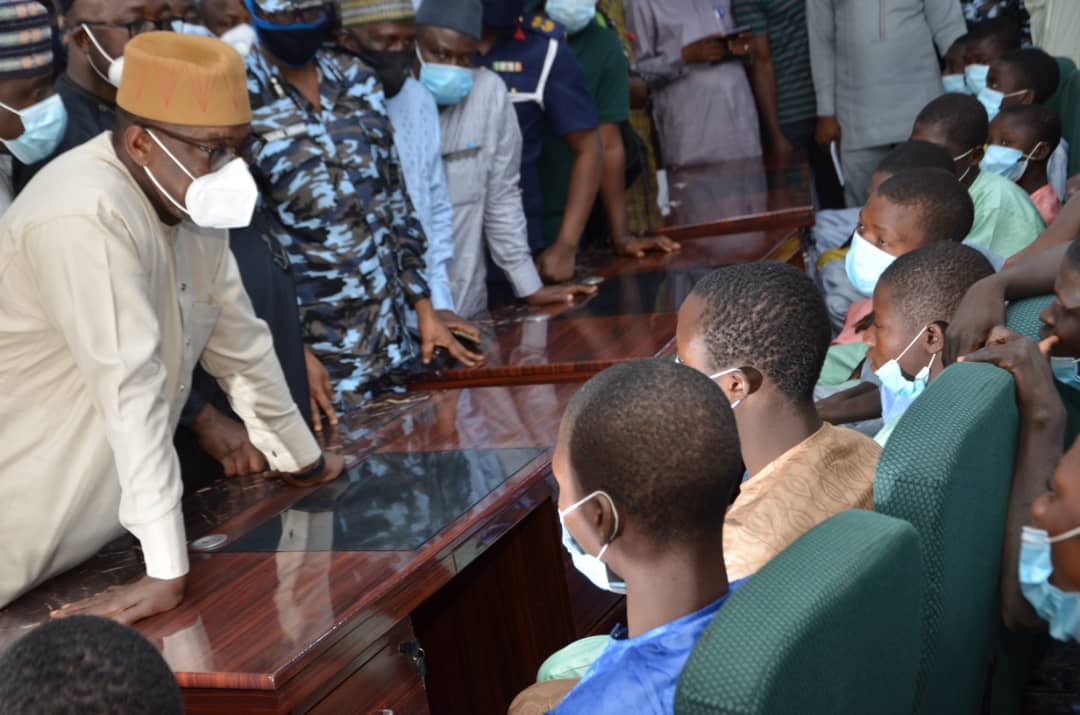 The abductees – comprising of students, staff and staff relatives – regained their freedom earlier at 4 am on Saturday, the Governor said.

According to Bello, one of the victims is in hospital “suffering from excessive exhaustion.”

Bello did not comment on whether a ransom was paid for the victims’ release but he said it was a joint effort by security agencies, traditional rulers and other “major stakeholders.”

He added that the victims have been medically checked and will continue to be monitored for the next few days.

“They have been through tremendous torture,” he said. “We are carefully watching their health and condition and hopefully they should be reunited soon with their families.”

The Governor said his administration is working on a way to prevent similar occurrences in the future.

“Yes, we have rescued them but we still have a lot of work ahead of us,” he said. “Going forward, we are putting a system in place to look at the causes of these events.

“In the next few days, in the course of my conversation with major stakeholders, I hope we will find a solution to this dastardly act.”

Meanwhile, the Presidency has reacted to the news of the Kagara victims’ release.

President Muhammadu Buhari, in a statement issued on Saturday by his spokesman, Garba Shehu, welcomed the students’ release, commending the nation’s security and intelligence agencies and the government of Niger State for their responses in securing the release.

“We are happy they have been released,” Buhari said while sympathising with the staff and the students, their parents, and friends on this ordeal.

He noted that the country will not continue to suffer these attacks that threaten the growth of education, security, and the life of the future leaders at the same time putting the nation in a negative light.

Buhari also reiterated his earlier advice to school owners, particularly the state and local governments, as well as religious organizations to scale up security around their schools in line with the standards laid down by the UN-backed Safe School Programme of the administration.

He once again condemned the school abductions, with the latest one at the Government Girls Secondary School, Jangebe in Zamfara State.

The President directed all security and intelligence agencies in the country to hunt down the culprits and bring them to justice.