Captain of the Ghana national team, Asamoah Gyan has allegedly filed for divorce from his wife, Gifty Gyan, at the Divorce and Matrimonial Division of the High Court, Accra.

In the messy divorce case, the Black Stars skipper has also denied fathering their three children and is demanding a DNA test to be carried out to ascertain if he is the father of the children.

Ghana media report that Gyan and his wife Gifty have not seen eye to eye in the last few months, and their divorce is now imminent. It is understood that the former Sunderland and Udinese striker is currently making preparation to marry an Accra-based businesswoman once his marriage to Gifty is annulled.

Although Gyan has had a ‘scandal-laden’ career, he has successfully shielded his wife and three children from the public eye and media scrutiny.

Sources close to the estranged wife say Gyan grew cold towards Gifty after another woman came into his life. A major scandal brewed when the said woman was in June this year mistaken for Asamoah Gyan’s wife at the grand opening of his new sports bar located in Osu, Accra.

Furthermore, the same lady was mentioned as Asamoah Gyan’s wife when Emmanuel ‘Game Boy’ Tagoe fought his last bout in defense of his IBO World title this month. Ghanaweb.com reports that Gifty’s passport was seized by Baffour Gyan, who is the elder brother of Asamoah Gyan, to supposedly prevent her from returning to Asamoah’s residence in the United Kingdom.

Gyan and Gifty have been together since 2003 and got married in 2013 after their second child was born.

11 Pregnant Women, 141 Others Return From Libya 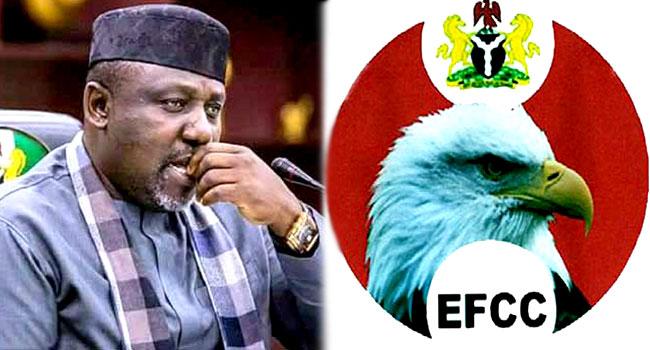 No fewer than 38 Nigerians deported from the United Kingdom, in the early hours on Thursday, arrived in Lagos.

According to authorities in Nigeria, the deportees, who are mainly mothers and grandmothers, arrived the Murtala Muhammed international Airport, Ikeja.

They arrived in Lagos early this morning with one Home Office charter flight.

It was gathered that some members of LGBTQ communities seeking asylum were among the deportees.

Some of the deportees claimed they have lived in the United Kingdom for many years.

However, the Nigeria Ministry of Foreign Affairs told Britush Broadcasting Corporation, BBC, the deportation bothers on violation of immigration-related offences.

It was gathered that the deportees were later conveyed to yet to be ascertained locations. 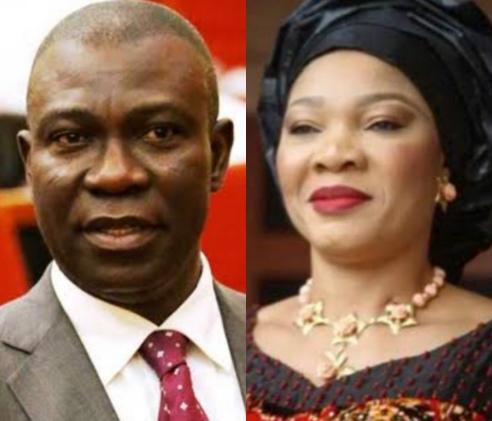 A former Senate deputy president, Ike Ekweremadu and his wife, Beatrice are to still remain in custody of the British government, as the Oxbridge Magistrate Court on Thursday adjourned hearing in the case of alleged human trafficking against them to July 7, 2022.

The couple, who had appeared for an appeal, were remanded in prison custody last week by the court after they were alleged to have conspired to traffic an underage person identified as David Ukpo into the UK for the purpose of tricking him to donate his kidney to the Senator’s daughter.
At the initial appearance, the prosecutor had told the court that the lawmaker brought a 15-year-old boy from Nigeria to the UK with the claim that he was to be given a better life but was actually to harvest his organ to treat their daughter who is suffering from kidney disease.

The court had denied the Ekweremadus bail but following further revelations including the Nigerian Immigration Service coming out to say the boy in question was 21 and not 15 as claimed, and the Nigerian Senate weighing in on the matter by resolving to send a delegation to meet with the Nigerian Consular in London, the couple opted for an appeal.

But the appeal was not successful as the London court once again, denied them bail and again, ordered that they should remain in custody pending the July 7 date fixed for hearing.

The Senate on Wednesday during plenary, had said it was sending a high powered delegation from the Senate Committee on Foreign Affairs to the UK to visit Ekweremadu and his wife, as well as the Nigerian High Commissioner to Britain, Alhaji Isola Sarafa, to liaise with the Consular to provide legal assistance to the embattled Senator.

“There will be a delegation to London to see Senator Ike Ekweremadu and his wife. A delegation from the Senate Committee on Foreign Affairs of the Senate will leave in the next two days for London for that purpose,” Senate President Ahmed Lawan had said after a closed-door session of the lawmakers in Abuja.

“I want to urge all federal government institutions that can do anything to ensure that justice prevails in this case, that they do so.

“I had a personal engagement with our Nigerian High Commissioner to Britain, Alhaji Isola Sarafa, who has done so well to establish contact with our colleague, who has been able to get his team to be in the court at Uxbridge where Ekweremadu was taken to.

“The high Commission has also been able to provide some consular services that include the engagement of some lawyers who will defend our colleague.

“But I want to ensure the family of our colleague, Senator Ike Ekweremadu, and Nigerians, that the Senate will continue to engage with our ministry of Foreign Affairs as well as our High Commission in London. The High Commission has done so much but we still expect that it will continue to provide any other further consular services,” Lawan added.