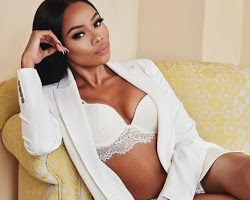 Taking to her twitter page, the star make it know s3.x is good for her and further appreciated the act, saying it is highly beneficial to her.

“Sex is good for me. I rap more,” she tweeted. Her psot attracted alot of attention as Mzansi took to the comment section to engage with her tweet.

The 24-year-old South African award-winning extraordinaire has taken the country by storm with her charismatic stage presence, versatility, and remarkably mature lyrical abilities. Rapper, Singer, songwriter, and Poet all describe this multi-facet artist.

Hustle And Make A Better Life For Yourself, Nobody Cares About You – Yemi Alade Advises Fans