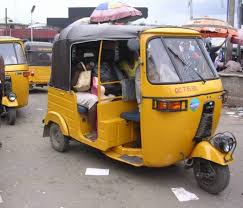 Kano state Commissioner of Police, Mr. Sama’ila Shuaibu Dikko on Monday confirmed that police and sister security agencies arrested a reasonable number of hoodlums who caused nuisance on Kano streets in the guise of protesting alleged hike of daily tax of Tricycle operators by the authorities of Kano Road Traffic Agency (KAROTA).

While most residents were seen trekking long distances as a result of the one-day warning strike by Tricycle operators, jobless youths in some parts of the city mobilized themselves blocking roads and causing hectic moments for both commuters, motorists and pedestrians.

During his maiden press briefing on Monday, the new Commissioner of Police, who arrived Kano on Friday, said security reports indicated that hoodlums took advantage of the situation to forment trouble.

He also confirmed to journalists that several arrests have been made, ‘I can not ascertain the number of people arrested so far, but I can tell you that we have made arrests and within few hours, we will surely bring the situation under control. “

He said police is working with sister security agencies to bring the situation under control.

As at the time of filling this report, our Correspondent who moved round the city observed that security agencies have brought the situation under control.

Woman Seeks Divorce Over Husband’s Inability To Impregnate Her