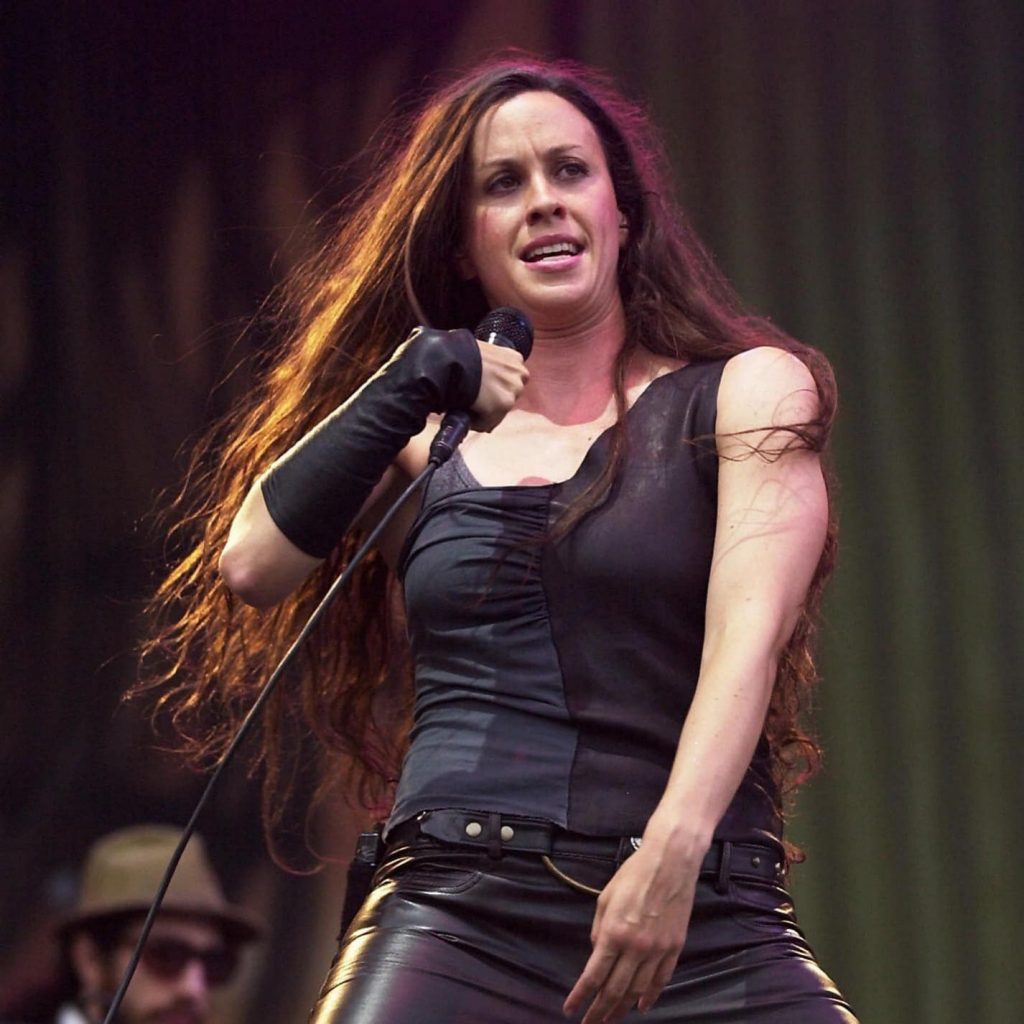 Canadian singer and actress, Alanis Morissette has come forward as a victim of multiple statutory rapes.

The Jagged Little Pill singer made the disturbing claims in a documentary premiering on Monday at the Toronto Film Festival, according to the Washington Post, which viewed the film.

The HBO film, titled Jagged, includes an interview in which Morissette says that multiple men had sex with her when she was a 15-year-old Canadian pop star. She also said that it took her years to realize she was a sex attack victim

‘It took me years in therapy to even admit there had been any kind of victimization on my part,’ says Morissette, now 47, in the film.

‘I would always say I was consenting, and then I’d be reminded like ‘Hey, you were 15, you’re not consenting at 15.’ Now I’m like, ‘Oh yeah, they’re all pedophiles. It’s all statutory rape.’

The age of consent in Canada is currently 16. When Morissette was a teenager, it was 14, but set a higher bar ‘when there is a relationship of trust, authority or dependency,’ according to the report.

Morissette did not name any of the alleged abusers in the film. She said that people in the industry had brushed off her allegations in the past.

‘I did tell a few people and it kind of fell on deaf ears,’ the singer also revealed. ‘It would usually be a stand-up, walk-out-of-the-room moment.’

For reasons that are unclear, Morissette plans to shut the film’s premiere at the Toronto Film Festival, apparently in a dispute with the filmmakers, according to the Post.

The newspaper reported that there is little in the documentary that could be considered unflattering to Morissette, who appeared to be an enthusiastic interview subject.

Director Alison Klayman declined to speculate on Morissette’s feelings when reached by the Post.

‘Of course I wish Alanis could be there. It was a privilege to make this film and I’m really proud of it. Hopefully there will be other opportunities in the future for her to come to film events,’ the director said.

The alleged assaults that Morissette discusses in the film would have taken place in the late 1980s, when she was was recording demos for Geffen Records.

Related Topics:Alanis Morissette
Up Next

ENDSARS Memorial: I Was Crying My Eyes Out, Hearing The Gunshots From Our House, Actress, Adesua Etomi Recounts

Nollywood actress, Adesua Etomi has joined millions of Nigerians who are commemorating one year since the painful loss of lives at Lekki Toll Gate during the EndSARS protest.

You would recall that on October 20, 2020, armed military officers opened fire on unarmed EndSARS protesters at the Lekki Tollgate who were calling for the disbandment of the Special Anti-Robbery Squad due to the incessant brutality by officials of the group on civilians.

Sharing her memories of the incident that received global attention after lives were lost, properties destroyed, and hundreds left injured, Adesua Etomi on her Instagram page disclosed that at the time, she was 6-months pregnant with her child.

Adesua Etomi who is the wife of popular singer and music executive, Adesua Etomi recalled how she was cried her eyes out while hearing the gunshots from her house.

“I can never forget this day. I was 6 months pregnant, crying my eyes out, hearing the gunshots from our house. Sitting in the darkness out of fear. I can’t possibly imagine how terrifying it must have been for those at the toll gate.