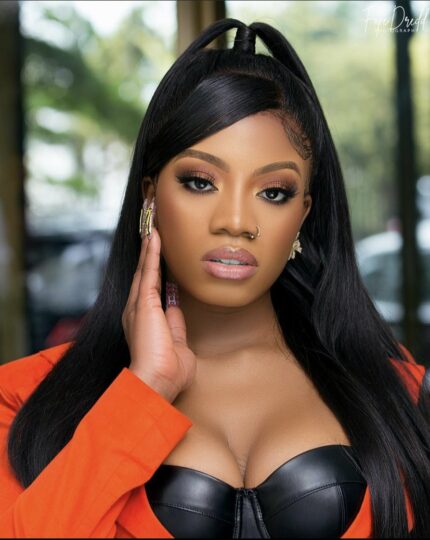 Big Brother Naija reality star Angel Smith has lamented over her lifestyle after the reality show, according to her she tired.

It seems Angel has still not adjusted to the new lifestyle as a celebrity after the Big Brother Naija show. In a new post sighted on her Twitter, Angel has complained about the difficulty to maintain her lifestyle.

In Angel’s post made on Twitter, she lamented over how people always criticize celebrities and how she has been on guard due to these criticisms. According to Angel, she is scared to wake one day and not recognize herself anymore.

In her words, “Like I’m tired of the dos and don’ts man, it’s so exhausting especially when you’re just really free-spirited. I mean there are the pros but at what cost really? Will make it a mission to meditate on that today.

“This new life comes with so much constant criticism, I’m scared that one day I’m going to wake up and not even recognize myself.

Like I’m tired of the dos and dont’s man, it’s so exhausting especially when you’re just really free spirited. I mean there are the pros but at what cost really? Will make it a mission to meditate on that today.
— Angel JB Smith (@theangeljbsmith) November 24, 2021

My Husband, My King -Anita Joseph Celebrates Husband As She Recounts Love Story

Sharing the video of the song on her Instagram page, Adesua Etomi said the music speaks to her on so many levels and thanks Banky W for constantly inspiring her.

Adesua Etomi noted that she’s so proud of her husband, his current phase and doing the kind of music he exactly wants to do.

The mother of one added that Banky W is making the music for himself, but the songs speak to many people and urged her fans and followers to check on the streaming platforms.

She wrote: This song speaks to me on so many levels…. @bankywellington you constantly inspire me. I am soooo proud of you. I love this phase that you are at babe. Doing the music that you want to do.

Exactly how you want to do it. Speaking about the things that are true to you. You’re doing it for you but it speaks to so many.

I love it so much. Have you heard our new song? Pls check it out. It’s on all streaming platforms. Don’t forget to stream our album too. It speaks to the soul. It is pure and beautiful. It’s called Bank Statements.

“My Husband Is Not A Dog”, Anita Joseph Blasts

Nollywood actress Anita Joseph comes hard for all women who classify men as dogs, stating her husband is not.

The dramatic actress shared a TikTok video on her social media page issuing strict warnings to ladies who refer to all men as dogs.

In the video, Anita Joseph claimed her father, brother and husband are not dogs, and the statement should be personalized for those related to anyone.

Recall that Anita Joseph and her colleague, Destiny Etiko are at loggerheads, unfollowing each other on the video daring app, Instagram.

Their feud was linked up with Anota Joseph trying to support another actress, Luchy Donalds, over Destiny Etiko.

Reacting to this, netizens berated Destiny Etiko for commenting on Luchy’s post, while others claimed that Anita Joseph and Destiny couldn’t keep up with a good friendship.