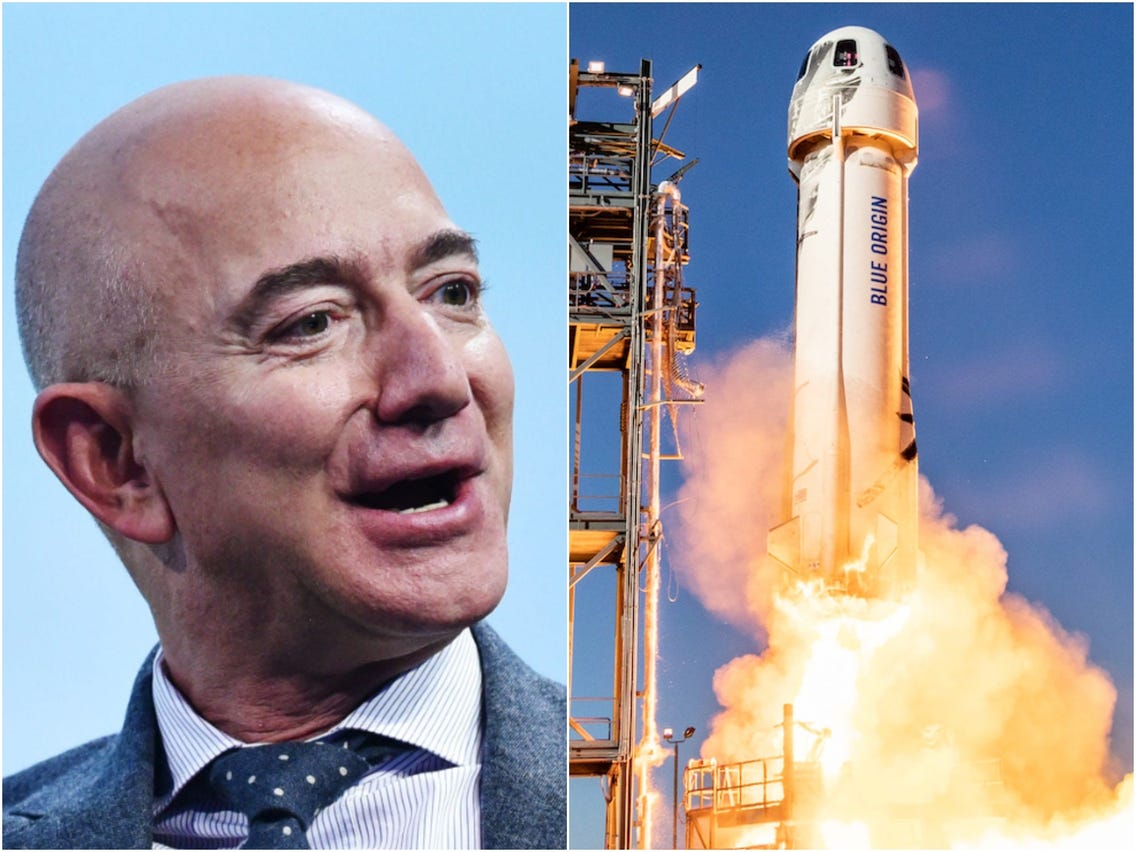 World’s richest man Jeff Bezos and his crewmates returned to the Earth surface safely after rocketing into space Tuesday aboard his Blue Origin spacecraft.

The crew launched from Blue Origin’s Launch Site One facility in West Texas at 9 a.m. ET and were in flight for 11 minutes.

Bezos’ trip comes nine days after Virgin Galactic’s Richard Branson flew to about 85 kilometres in the air aboard a rocket ship he helped fund.

Joining Bezos, age 57, was Oliver Daemen, the 18-year-old son of a Dutch auction bidder, who is the youngest person to ever go to space.

The fourth person on board was Mark Bezos, Jeff’s brother.

Soldiers Open Fire On Protesters In Sudan After Military Coup 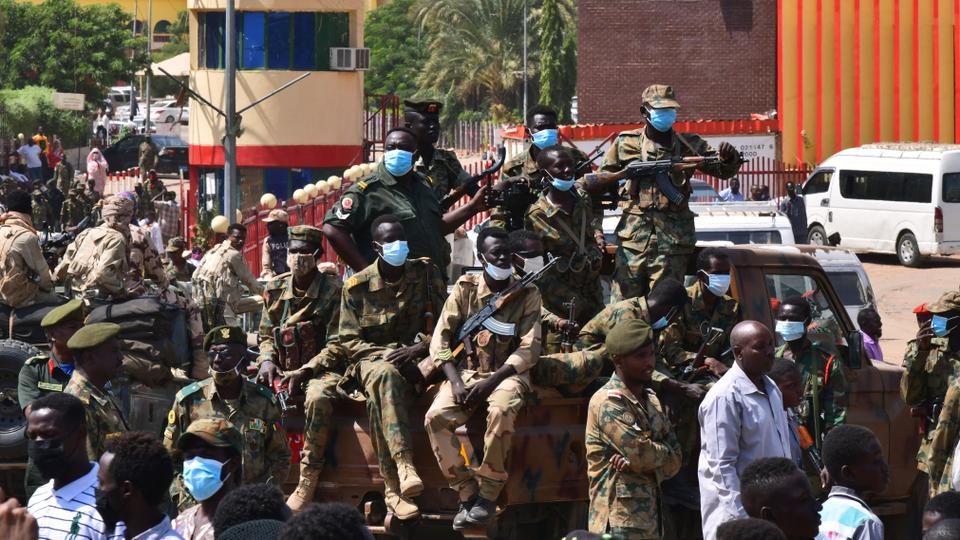 Crowds protested into the night in Sudan Monday to denounce a military coup, with chaos engulfing the capital Khartoum after soldiers opened fire on demonstrators and reportedly killed three people.

Sudan’s top general declared a state of emergency and dissolved the government — one of several similar takeovers in Africa this year — sparking swift condemnation from the US, which suspended aid and urged that civilian government be restored.

The UN demanded the prime minister’s “immediate release” and diplomats in New York told AFP the Security Council was expected to meet to discuss the crisis on Tuesday.

General Abdel Fattah al-Burhan’s announcement came after the armed forces detained the civilian leaders who have been heading the transition to full civilian rule following the April 2019 overthrow of autocrat Omar al-Bashir.

“To rectify the revolution’s course, we have decided to declare a state of emergency nationwide… dissolve the transitional sovereign council, and dissolve the cabinet,” said Burhan.

Clashes erupted in the capital Khartoum after his speech, with the information ministry saying that soldiers had “fired live bullets on protesters rejecting the military coup outside the army headquarters”.

Three protesters were killed and about 80 people wounded when soldiers opened fire, according to the independent Central Committee of Sudan Doctors.
Internet cut

“Civilian rule is the people’s choice,” chanted the demonstrators, who waved flags and used tyres to create burning barricades.

The violence outside the army headquarters came after soldiers detained Prime Minister Abdalla Hamdok, ministers in his government and civilian members of the ruling council, the information ministry said.

Internet services were cut across the country and roads into Khartoum shut, before soldiers stormed the headquarters of the state broadcaster in the capital’s twin city of Omdurman, the ministry said.

UN Secretary-General Antonio Guterres said in a statement the detention of the civilian leaders was “unlawful” and condemned “the ongoing military coup d’etat”.

The European Union, African Union and Arab League also expressed concern, while the United States, which has been a key supporter of Sudan’s transition, said it had suspended $700 million in aid.

“The civilian-led transitional government should be immediately restored,” said State Department spokesman Ned Price, adding that the US had not been able to contact the detained prime minister.

US Demands ‘Immediate Release’ Of Sudan Premier Minister Amid Coup 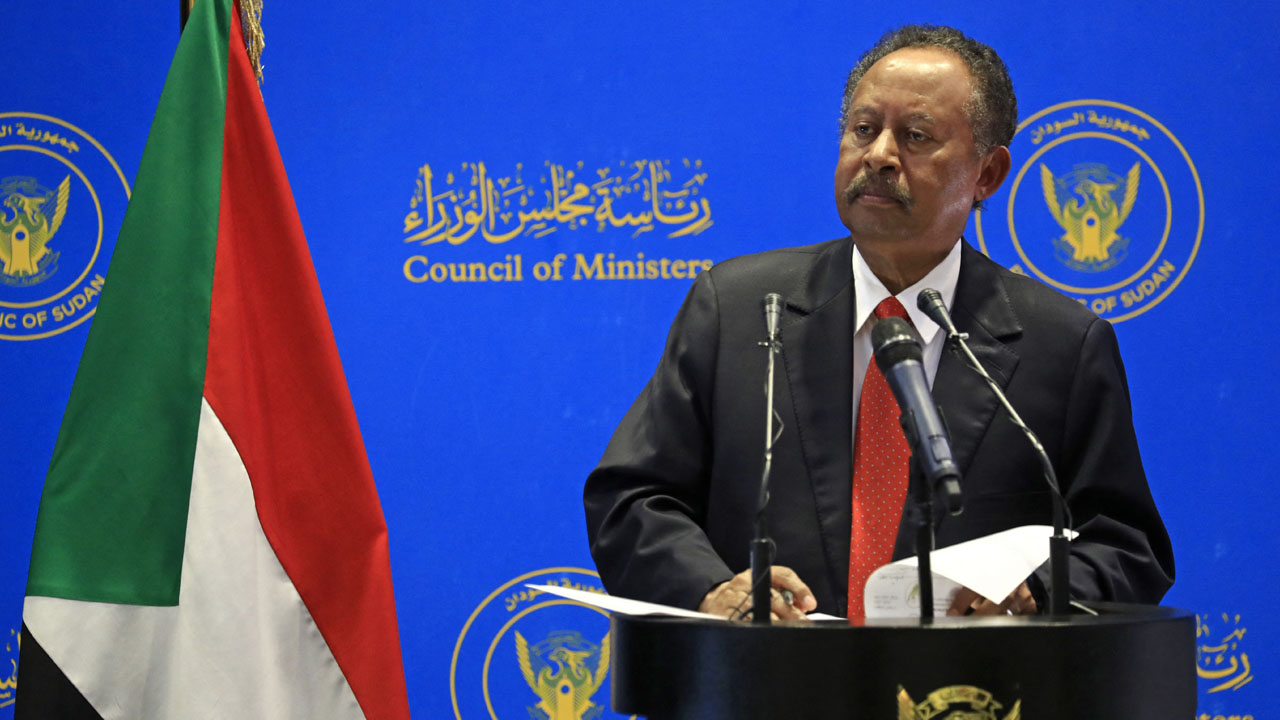 The US called on Sudan’s military to release without delay Prime Minister Abdalla Hamdok amid an ongoing putsch.

“We reject the actions by the military and call for the immediate release of the prime minister,” White House spokeswoman Karine Jean-Pierre told reporters aboard Air Force One, further expressing deep alarm over the coup.

Sudan’s military arrested Hamdok and members of the civilian government in the capital Khartoum early Monday.

The Ministry of Culture and Information said the military arrested Hamdok after he refused to support what it described as a “coup”.

Later Monday, Gen. Abdel-Fattah al-Burhan, the head of Sudan’s ruling military council, declared a state of emergency and dissolved the Sovereign Council, which was created to run the country after the ouster of long-serving President Omar al-Bashir in 2019.

After a failed military coup last month, deep tensions between the military and the civilian administration erupted in Sudan amid recent rival protests in Khartoum.

Before the dissolution, Sudan was administered by the Sovereign Council of military and civilian authorities, which oversaw the transition period until elections slated for 2023, as part of a precarious power-sharing pact between the military and the Forces for Freedom and Change coalition.

Armed forces detained Sudan’s prime minister over his refusal to support their “coup” on Monday, the information ministry said, after weeks of tensions between military and civilian figures who shared power since the ouster of autocrat Omar al-Bashir.

Civilian members of Sudan’s ruling council and ministers in Hamdok’s transitional government were also detained by the joint military forces, the ministry said in a statement on Facebook.

Internet services were cut across the country and the main roads and bridges connecting with the capital Khartoum shuttered, it added.

Dozens of demonstrators set car tyres on fire as they gathered on the streets of the capital to protest against the detentions, an AFP correspondent said.

“Civilian members of the transitional sovereign council and a number of ministers from the transitional government have been detained by joint military forces,” the information ministry said.

“They have been led to an unidentified location,” it said.

It added later that “after refusing to support the coup, an army force detained Prime Minister Abdalla Hamdok and took him to an unidentified location”.

US Special Envoy for the Horn of Africa Jeffrey Feltman said “the US is deeply alarmed at reports of a military takeover of the transitional government”.

“This would contravene the Constitutional Declaration (which outlines the transition) and the democratic aspirations of the Sudanese people,” Feltman said in a statement on Twitter.

“Any changes to the transitional government by force puts at risk US assistance.”