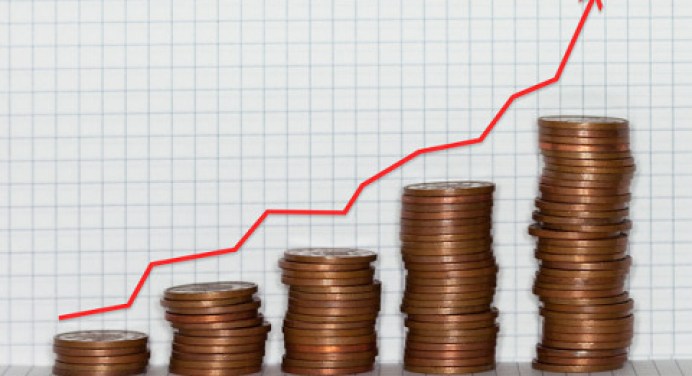 Nigeria’s headline inflation rose to 16.47 per cent in January 2021, the National Bureau of Statistics said on Tuesday.

Buoyed by galloping food prices, food inflation also rose to 20.57 per cent in January, from 19.56 per cent in December.

Inflation soared at 15.75 per cent in December, its highest level in 32 months, with the 0.86 per cent month-on-month increase marking the 16th consecutive month inflation would increase in Nigeria.

Earlier in November, it touched 14.89 per cent.

The new increase signals that there is a long way towards recovery for Africa’s largest economy, which slipped into its second recession in four years and the worst in nearly four decades in the third quarter of 2020.

There will also be sustained inflationary pressures on consumers’ purchasing power.

Nigeria announced a shutdown of its porous land borders with neighbouring countries in October 2019, in a move seeking to spur local production of food as well as curb smuggling and sundry cross-border corruption. The move however contributed to accelerated food prices, analysts said.

The government reopened parts of the land borders last year to ease food inflation rate, but the move hasn’t had much effect.

The Minister of Finance, Budget and National Planning, Zainab Ahmed, had in January said government planned to keep inflation at 11.95 per cent by year end, following the Central Bank of Nigeria (CBN)’s inability to keep it within a single-digit target range of between 6 to 9 per cent for more than four years.

As parts of measures to manage inflationary concerns, the Central Bank of Nigeria retained its benchmark lending rate at 11.5 per cent at a meeting of the monetary policy committee of the bank last month.

The apex bank has over the years failed to keep inflation figures between six and nine per cent as planned.

Obama Takes Jerry Seinfeld for a Drive Around the White House

The United Bank for Africa has announced that it has concluded plan to commemorate the fourth anniversary of its flagship artificial intelligence Chabot, with new offerings set to further change the face of digital banking in Nigeria

To further extend its reach, UBA said it has concluded plans to commence Leo services on Instagram and Google Business, terrains none of its peers can lay claim to.

“Birthed January 11, 2018, with a firm resolve to prioritise its customers as well as put the bank at the heart of disruptive technologies that will transform the experience of esteemed customers, UBA did the unthinkable by getting three million users hooked in less than three years of its inception,” the bank revealed in a statement.

Leo, which the bank stressed, had proven to be the most formidable artificial intelligence chat bot till date; serving an ever-increasing customer base who now have less transaction hassles to worry about is currently available on Facebook Messenger, WhatsApp, Apple Business Chat

Group Managing Director/Chief Executive Officer, UBA, Mr. Kennedy Uzoka, affirmed that UBA customers agree that Leo is one of the bank’s biggest investments in cutting-edge technology and has been steadily changing the face of banking in the continent.

“Three years later, and with over almost four million customers and counting, UBA’s Leo, has without a doubt, remained the smartest Banking Chatbot in Nigeria because of its speed and quick learning intelligence and has continued to evolve with plenty to offer its teeming customers.

“While other financial institutions are still trying to find their feet as regards Artificial Intelligence, we can proudly say that our Leo has become a massive success as it continues to consolidate on its successes and accolades winning several awards in a short while of its existence, “he added.

Uzoka said further: “In just four years, Leo’s landmark achievements have been indeed overwhelming, covering 20 African countries as well as garnering over 10 prestigious awards globally, a feat that is exceptional by every standard, I must say we are proud of Leo’s intimidating achievements which is largely unbeatable.

“With this in mind, we have ensured that, Leo continues to enjoy periodic and systematic upgrade with special emphasis on enhanced advancements and specialised unique features where necessary.

“UBA’s vision has always been and will remain to be a dominating force in Africa’s digital banking space. Our resolve is to provide unparalleled experience across all channels. We are a technology-driven institution with vast knowledge in the business that we do and Leo, being a tested, dependable and intelligent personality, did well to replicate on WhatsApp the success it recorded on the Facebook Messenger platform where it started its journey and later on the IOS (iPhone Operating System) platform.

“It is a solution that is from the customer’s standpoint, easy to use by anyone regardless of demography. Leo is always ready and waiting to help with any form of banking service.”

Uzoka further explained that Leo is already present in 20 African countries and in three languages and has a number of rich and robust features bound to mesmerise existing and potential customers with services that are extremely fast and secure as all transactions and enquiries are encrypted, end-to-end.

Why More Women Are Banking With Access Bank, Wigwe Speaks 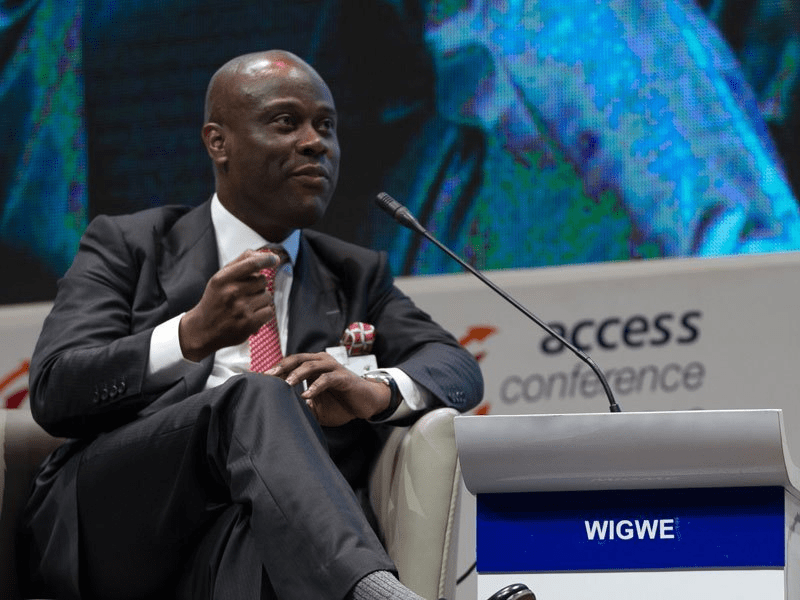 Access Bank’s Chief Executive Officer, Herbert Wigwe, has identified good customer service, access to finance, provision of educative and possibility of business growth are some of the reasons why more women are patronising the bank. According to him, this is also the reason why half of the bank’s customer base are women, particularly those in business.

Wigwe made the disclosure recently while discussing the company’s expansion plans in an interview on CNN’s First Move with Julia Chatterley.

Noting that more women are embracing the bank due to what the bank has done for women, he explained that Access Bank had programmes for women and if they needed financing, they would be supported by the bank.

He said “Most times, they have gotten the money, it’s about supporting them with respect to various programs that would help educate them on what to do, how to grow their businesses, all of those type of things. So, that is what has made us so different and the fact that most women would rather bank with Access than anywhere else”

On Access Bank’s African expansion plans, Wigwe said, “It is something that we have been planning as part of our corporate strategic planning 2017 and the whole idea has been to support our correspondent banking business, to support our payments business and to basically ensure that there is greater trade within the continent. So, for us, what are we doing? We’re basically making sure that we have a strong presence in all the major trade centres in the continent.”

On Access Bank’s outlook for 2022, the bank CEO added, “I think we’re on track. I think in terms of profitability our different franchises are doing exceedingly well. And I think 2022 perhaps is actually going to be a big, big year for the institution.”

Explaining further, Wigwe said that in 2014, the bank created the W-program which is a more robust program, and it’s about inspiring, connecting and it’s also about empowering women.

He said the W-Programme includes both the professional lady or businesswoman who needs to be supported.

“You know sophisticated businessperson who is thinking about succession and wants a bank that can help them. All of those things were provided. We took it deeper and deeper into maternal health care schemes. Schemes that no other institution in the world have basically looked at. It’s the reason we won several, several awards.”

Revealing Access Bank’s focus on women in Nigeria, Wigwe also stated, “Coming back to Nigeria, and what it has done for women, half of our customer base today are women, all right. And because they know that they will be served by Access. And if they needed financing, they will be supported by Access. Most times, they have gotten the money, it’s about supporting them with respect to various programs that would help educate them on what to do, how to grow their businesses, all of those type of things. So, that is what has made us so different and the fact that most women would rather bank with Access than anywhere else.”

Africa’s Global Bank, the United Bank for Africa (UBA) Plc, has assured its loyal customers of a memorable Christmas as the bank is set to reward thousands of people with super prizes, in its upcoming super savers promo draw.

The Super Savers draw will be held virtually on December 21 via Facebook and Youtube platforms in strict compliance with social distancing rules as directed by the federal and Lagos State governments following which 23 bumper account holders will smile home after a transparent draw with the following rewards; N2 million, N1.2 million, N500,000 and N100,000 cash prizes respectively.

Also another 10 savings account holders will win N1million each and 10 university students with a Next Gen account will win a monthly salary for a year while 30 children with a UBA Kiddies or Teens Account will win school fees grant. There is something for everyone in the Super Savers Draw.

The event will be supervised by representatives from the Consumer Protection Council, the National Lottery Regulatory Commission, and the Lagos State Lottery Board. To qualify, all new and existing customers need do to qualify for the draw is to ensure that they save N10,000 or more, monthly in their UBA Savings Account.

This unique Super Savers, which is open to account holders of the bank from the six geographical zones in Nigeria, has something big for everyone and intends to appreciate loyal customers of the bank, who have cultivated a savings culture and stayed loyal with the bank over the years.