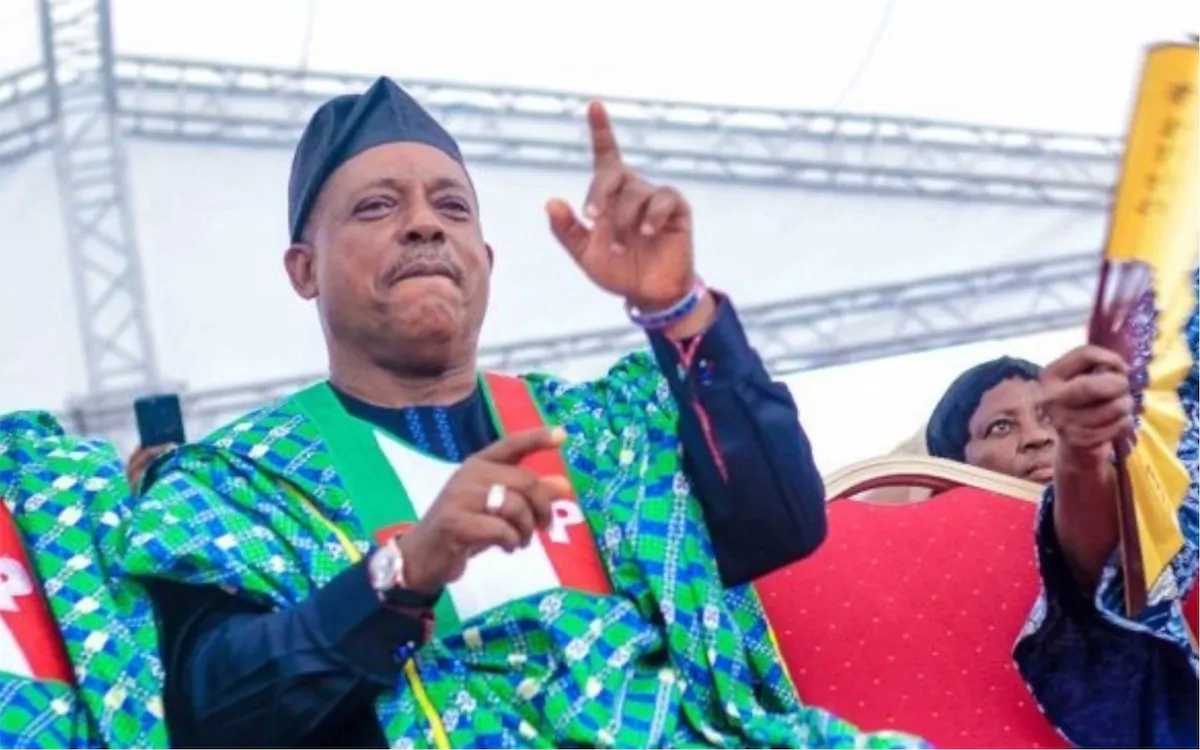 The National Judicial Council (NJC) has barred erring judges from being promoted over their roles in the legal brawl involving former National Chairman of the Peoples Democratic Party, Uche Secondus.

Soji Oye, NJC Director of Information who disclosed this in a statement on Thursday, said the decision was taken during the council’s two-day meeting in Abuja.

At the meeting chaired by the Deputy Chairman of the Council, Justice Mary Peter-Odili, the members agreed with the recommendations of the Investigation Committee set up in September.

“The three Judges of Courts of concurrent jurisdiction who granted conflicting Ex Parte Orders in matters with the same parties and subject matter were barred from promotion to higher Bench for a period ranging from two to five years whenever they are due,” the statement said.

“Even though there was no written petitions, allegations of corruption or impropriety against the Judges, the Council: nevertheless, initiated investigation pursuant to its inherent disciplinary powers under the Constitution to unravel the circumstances that led to the spate of Ex Parte Orders granted by these Courts of coordinate jurisdiction over matters bearing same parties and subject matter.”

“Justice Okogbule Gbasam of the High Court of Rivers State was barred from elevation to the higher Bench for two years or whenever he is due, as he failed to exercise due diligence in granting the Exparte Order in Suit No: PHC/2183/CS/2021 between Ibeawuchi Earnest Alex & 4 Ors and Prince Uche Secondus & Anor, as there was no real urgency, in the circumstances of the matter, that would have required an Ex Parte Order,” the statement read further.

Mr Gbasam was also issued with a warning letter to be circumspect in granting such ex parte orders in the future.

The Council also resolved that Justice Nusirat Umar of the High Court of Kebbi should be barred from elevation to higher Bench for two years or whenever due, “having found fundamental defects and non-compliance with the law in granting the Exparte Order in Suit No: KB/HC/M.71/2021 between Yahaya Usman & 2 Ors and Prince Uche Secondus & Anor.”

He was also issued with a warning letter to be circumspect in granting such ex parte orders in the future.

Justice Edem Ita Kooffreh of the High Court of Cross River State will not be promoted to higher Bench for five years for allowing himself to be used as a tool for “forum shopping” and abuse of Court process in Suit No: HC/240/2021 between Enang Kanum Wani and Uche Secondus as it was evident that, in granting the ex parte order, he was aware of the earlier orders of the high courts of Rivers and Kebbi States, being courts of coordinate jurisdiction with his.

He also received a warning letter to be circumspect in granting such ex parte orders in the future and was placed on NJC’s watchlist for a period of two years.

‘I Wanted To Be The Next Tiwa Savage’, BBNaija’s Uriel Recounts Failed Music Career