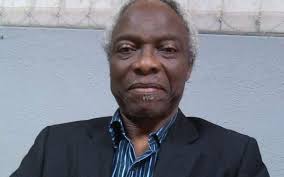 …Recommends Way Out To Salvage Situation


Chieftain of the Afenifere Renewal Group (ARG), Wale Oshun has said that former Head of State, Gen Abdulsalami Abubakar and former President, Olusegun Obasanjo didn’t take their chances when they had it to restructure Nigeria.

Oshun, in a personal video which he shared, regretted that most of the problems and failures of governance currently besieging the country, especially insecurity was owing to the flawed system of government, which restructuring would have taken care of.

Alluding to the recent complaints by former Head of State, Gen Abubakar on the increasing insecurity in the nation, Oshun reminded him that late Afenifere leader, Pa Abraham Adesanya had approached him to delay the hand over in 1999 by a few months in order to ensure restructuring of the nation, but the former Head of State turned it down.

“He has rightly stated that this is not the right time to trade blame but may I of course remind him that the leadership of Afenifere under Pa Abraham Adesanya paid him a series of visit, pleading with him that he needed to carry out the restructuring of the country before handing over power to the civilians. And that they ensure Nigerians look the other way even if he extends his military extension by a few months to enable the country to carry out the restructuring.

“If Gen Abubakar will recall on the visit to Chicago some years back, Baba Abraham Adesanya in the presence of Gen Abisoye admonished and pleaded with him on the need for a restructured Nigeria. The argument then was that he just had to hand over to the civilians who can then do what they like with the constitution.

“I am sure he will be regretting that decision now, not only him, but all of them who have ruled us. Whether it is Abdusalam Abubakar to Obasanjo and to the most culpable of all of them, Ibrahim Babangida, who toiled with all the opportunities that Nigerians had to write their own constitution.

Oshun noted that like Abubakar, Obasanjo also failed to take advantage of his eight years in the saddle to accede to the calls for restructuring, which he said the former president was now leading the call for.

He said going forward, rather than trade blames, the former heads of state must find a common ground to come together and approach President Muhammadu Buhari and convince him that restructuring was the way to go if Nigeria must overcome its many challenges.

“Without trading blame, my suggestion is that both of them Abdusalam and Obasanjo are both members of the council of state and they can respectfully recruit General Gowon and eminent former head of states that gave their all to this country to lead them to have a heart to heart discussion with the sitting President, Buhari Mohammed on the need to restructure this country. For without restructuring, all the failures of governance that we are witnessing now will continue including insecurity.

“The four of them, if Babangida will swallow his own pride, will need to sit down with President Buhari and get him to acknowledge the need to leave a lasting legacy by leaving a country where there is justice for all and this can only be achieved with a new constitution in which every Nigerian is equal to another. In which every Nigerian coming behind us will build their confidence and have a trust in the capacity of the nation to guide and build them.

“In which an immigrant remains an immigrant until he is formally nationalized to be a Nigerian and that will stop the influx of all unlawful and criminal immigrants coming from across our borders.