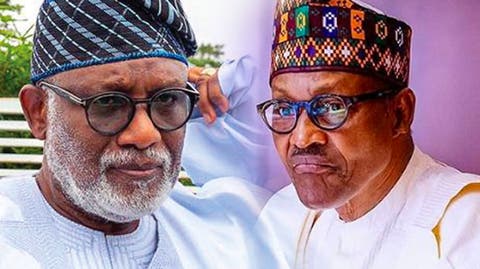 The Ondo State Government has declared that the presidency is emotionally attached to Fulani herdsmen.

The State Commissioner for Information and Orientation, Donald Ojogo was reacting to the statement by the Presidency against the directive of the State government banning the operation of unregistered Fulani herdsmen in its forest.

However, Ojogo insisted that Shehu’s comment was inimical to the existence of Nigeria.

Ojogo, in a statement, said Shehu had stated “unambiguously, the position of the Federal Government.

“The Ondo State Government did not ask Fulani to leave the state.

“The governor said herdsmen who are unregistered should leave our forests.

“The statement from Garba Shehu is brazen display of emotional attachments and it’s very inimical to the corporate existence of Nigeria.

“We need clearly defined actions on the part of the Federal Government to decimate the erroneous impression that the inspiration of these criminal elements masquerading as herdsmen is that of power.

“Our unity is threatened, no doubt.

“It (statement) states in a breath that the governor fights crime with passion while it is prevaricating on the atrocities.

“The question is, are the herdsmen who are perpetrating murder, kidnapping and robbery more important than government and even the Federal Government in this case?

“Ethnic nationality and activism on the part of anyone hiding under the Presidency or federal government is an ill wind.”

In the same vein, former Aviation Minister, Femi Fani Kayode has attacked the Presidency for saying that herdsmen who were given an ultimatum by Governor Rotimi Akeredolu to vacate Ondo forest reserves have the rights to reside there.

Recall that the Presidency had while calling for restraint from both sides said “It will be the least expected to unilaterally oust thousands of herders who have lived all their lives in the state on account of the infiltration of the forests by criminals.”

A statement issued by President Muhammadu Buhari’s Senior Special Assistant on Media and Publicity, Garba Shehu had urged the state government and the leadership of the Fulani communities to continue their dialogue for a good understanding that will bring to an urgent end the nightmarish security challenges.

But reacting, Fani Kayode in a tweet on Wednesday said that the assertion by Garba Shehu that herdsmen have a right to reside in the forests of Ondo and South West was ‘insulting, provocative, asinine and absurd.’

According to him, “Quit notices cannot be given to law-abiding citizens in any part of Nigeria but must be given to those that kill, steal and seek to destroy the lives of others. Murderous terrorists and bloodthirsty and evil men that hide in the forest to ambush, kidnap, kill and destroy innocent and hardworking men and women have no constitutional rights.

“It is the duty of Governnent to not only flush them out from whichever hole they are hiding but also to despatch them to hell where they belong.

“Akeredolu has done and said the right thing and I urge every single SW Governor to do the same. Fulanis, Hausas, Igbos, Ijaws and all Nigerians are welcome in the SW but terrorists, bandits, killers and unhinged, bloodlusting and bloodthirsty psychopaths and sociopaths are not.”

The group in a statement by its National Publicity Secretary, Mr Yinka Odumakin, titled “Ondo Forests: Fulani Presidency Again,” said the regime had again shown its non-pretence as representing the Fulani interest above other tribes in the country.

Killer herdsmen hold sway in the state and the governor on Tuesday also banned underage grazing, night grazing, movement of cattle within the cities and highways.

Afenifere said, “The intervention by what we mistakenly call the Federal Government of Nigeria on behalf of marauding Fulanis in Ondo State against the lawful government in that state did not come to Afenifere as a surprise as it is in line with the non-pretence by this regime that it represents only Fulani interests against those of Yoruba, Igbo, Junkun, Ijaw and other tribes in Nigeria.

“That the Federal Goverment and its minion, Garba Shehu, could only hear Ondo State when Governor Akeredolu was very loud and clear about herders to vacate forest reserves in the state is symptomatic that this government has a serious problem with heating the rest of us when the issue involves its anointed Fulanis.

“The Fulani criminals have caused untold hardships in Ondo State and other Yoruba towns and cities in recent time and only an irresponsible government that wants to behave like our Federal Government will continue to fold its arms.

The group wondered what the regime had done to give an assurance it could protect the lives of people in the South-West.

It added, “What has this government done to assure our people that it can protect our lives with the open murders of Mrs Funke Olakunri, the Olufon of Ifon and the Deputy Registrar of the Federal University of Technology, Akure, among many others?

“The lives of our people and other non-Fulani communities are daily being taken by local and foreign Fulani bandits without any sign that these lives matter to the government with its desire to shield the Fulanis from the laws.

“Nobody would ever have believed that it would get to this irresponsible stage that the Federal Government will one come to this barbaric level Garba Shehu has taken it and the peak of their direct salvos against Amotekun since it started.”

Afenifere also urged all true-born Yoruba to stand behind Akeredolu in these trying times for him to do all within the law to rid Ondo forests of criminals.

It also urged other governors in the South-West to emulate Akeredolu and “free our land from the Fulani who have surrounded us with the shield of the Federal Government.”

“Let them declare open war on behalf of the Fulani and our ancestors will all wake up in their graves,” it stated.