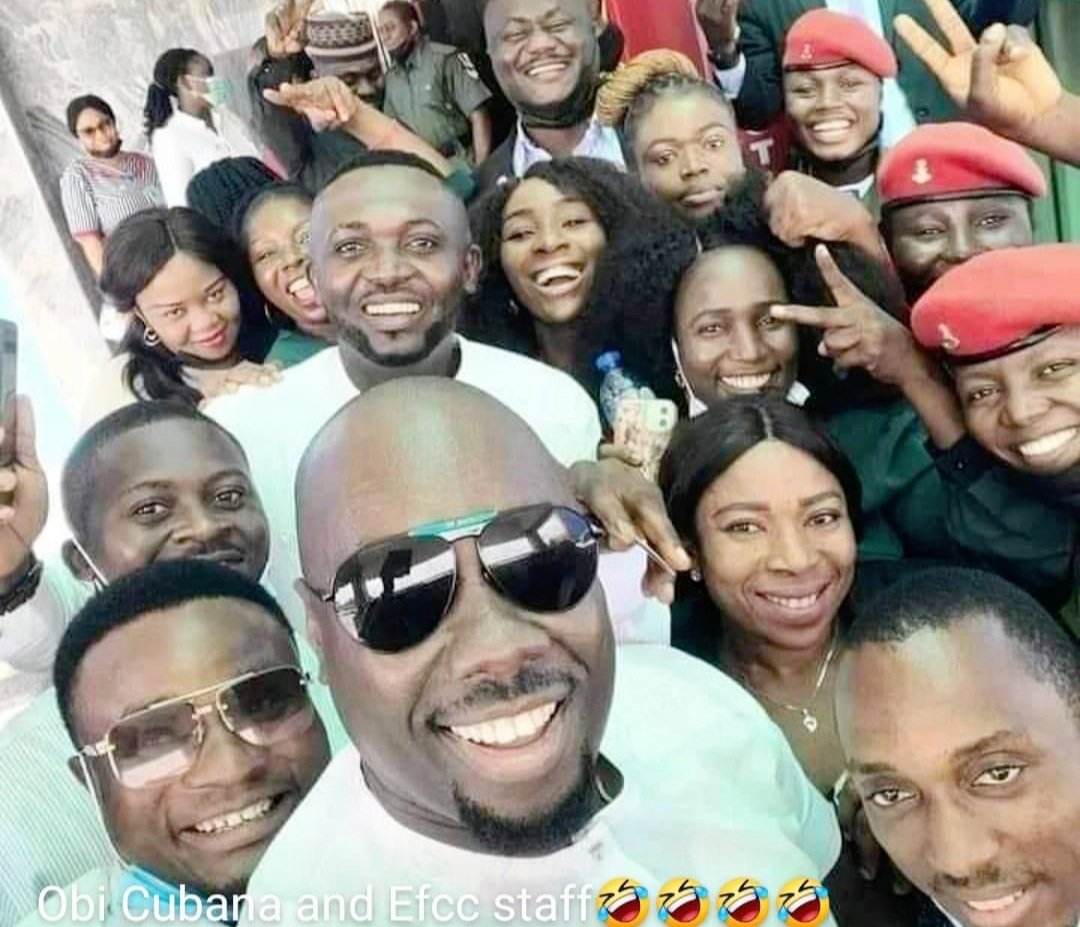 The Economic and Financial Crimes Commission, EFCC, has disclaimed a trending photograph in the social media said to have been taken by socialite Obi Cubana in its office.

The picture shows Obi Cubana in a selfie with a crowd described as staff of the EFCC.

However EFCC spokesman Wilson Uwujaren has debunked the photo.

“The said picture captioned: EFCC Crew poses for quick photograph with billionaire socialite and businessman, Obi Cubana, was not taken in EFCC facility and the people therein are unknown to the Commission.

“The Commission warns the public not to be misled by another mischievous stunt by Cubana’s publicists”, Uwujaren said.

Members of the public are strongly advised to ignore the fake news and misleading imputation which has been traced to the social media account of Sabi Radio (sabiradio), which first went to town with the fake news at 1.06 pm on 5 November, 2021. Sabiradio’s watermark is telltale on the photograph.

The Commission shall not hesitate to take urgent necessary steps to address this and other fake news seeking to drag EFCC’s hard-won name and professional reputation in the mud.