A former governor of Anambra State, Mr Peter Obi, on Monday, said he has not received any invitation from the Economic and Financial Crimes Commission, EFCC in connection with the Pandora paper leak.

He also denied having reacted to an invitation from the EFCC to him, saying what is being circulated on different social media platforms was not from him.

Obi said he only read letters circulating on the internet, just like everyone else.

The former governor, in a press release by his media Office, Valentine Obienyem, said a reaction which quoted him as requesting the EFCC to make their investigations public, among other remarks did not emanate from him.

He said: “Obi is yet to receive the letter from the EFCC, which he read on social media like others.

“From what is circulating, the letter appears to have been sent to an office he is no longer part of and is yet to reach him.”

The statement assured that Obi, being a law-abiding Nigerian, would honour all legitimate invitations from government agencies at all times.

Related Topics:Peter Obi
Up Next Amazon and all of its services have crashed across the globe, knocking out other popular websites like Tinder and Venmo that rely on the company’s cloud servers and affecting thousands of consumers.

The platform, Amazon Music and Prime video, Alexa, Ring and Amazon Web Services, which offers a series of services for online applications, all started experiencing problems at 10:40am ET.

Amazon officials stated they have identified the ‘root cause’ of the problem and were working to fix it, according to Dailymail.

Amazon said the outage was likely due to issues related to application programming interface, which is a set of protocols for building and integrating application software.

‘We are experiencing API and console issues in the US-EAST-1 Region,’ Amazon said in a report on its service health dashboard.

In a later update, the company reported that it was ‘starting to see some signs of recovery’ but could not say when the service will be fully restored.

‘We do not have an ETA for full recovery at this time,’ Amazon stated.

The Amazon Web Services outage is far worse than the others because it provides cloud computing services to individuals, universities, governments and companies around the world.

The outage has impacted a wide variety of service providers worldwide, among them iRobot, Chime, CashApp, CapitalOne, GoDaddy, the Associated Press, Instacart Kindle and Roku. Some users also reported issues with Disney+, but the app appeared to be back online just before 1pm in New York.

Ring said it was aware of the issue and working to resolve it. ‘A major Amazon Web Services (AWS) outage is currently impacting our iRobot Home App,’ iRobot said on its website.

Amazon’s website is down for at least 20,000 users in the US, but others say the app and ability to checkout carts is also not working properly – frustrating those attempting to buy Christmas gifts.

DownDetector, a site that monitors online outages, shows North America, parts of Europe and Asia are all experiencing issues.

According to Amazon’s status page, the outages are concentrated around the US East 1 AWS region hosted in Virginia, so not all users may be experiencing outages.

‘We have identified root cause and we are actively working towards recovery,’ the company stated.

The crash comes just with just 18 days until Christmas, so many people are currently purchasing gifts – but they will have to wait a little longer to fulfill their holiday list.

Twitter user ‘The Public Archive’ tweeted: ‘ Amazon is down. The war on Christmas has begun.’

While ‘MoonChild’ is upset the platform crashed right in the middle of their Christmas shopping.

Some users are also having issues with Amazon Music, which some consumers pay $16 a month to access.

Amazon experienced a similar issue in July, when its services were disrupted for nearly two hours and at the peak of the disruption, more than 38,000 user reports indicated issues with Amazon’s online stores.

And in June, the company experienced another outage.

The Jeff Bezos-founded company was one of hundreds of websites around the world that went down on June 8 – others were CNN, The New York Times, Shopify, PayPal, Reddit, the White House and British Government. 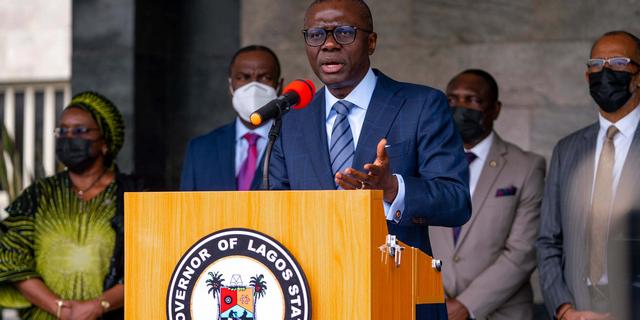 At least 13 school children died in Lagos on Tuesday after a truck reportedly suffered a brake failure and rammed into them.

The pupils were said to be students of Ojodu Grammar School, Ojodu, Berger, Lagos. 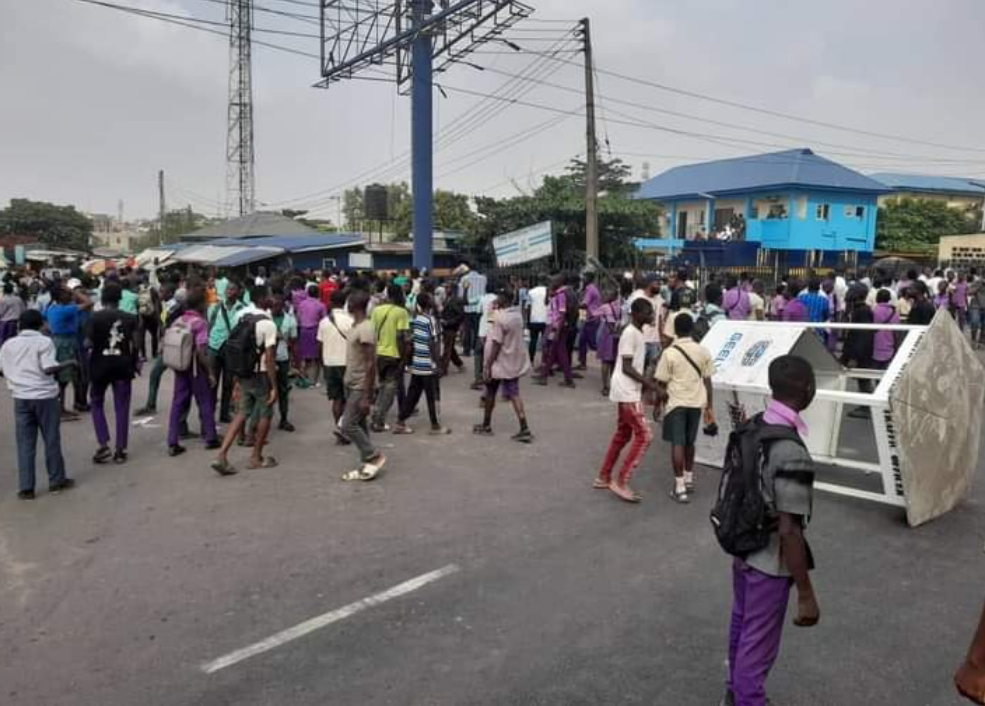 According to reports from Traffic Radio, the truck which lost control due to brake failure rammed into the children who just closed for the day. 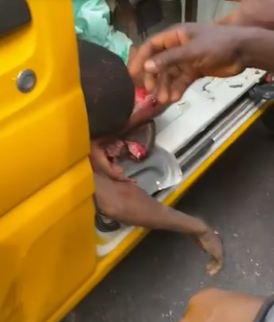 “I have never witnessed such a terrible scene in my life. I saw about 15 pupils lying lifeless on the floor. The incident occurred around 2 pm,” a commercial motorcyclist said.

Another witnesses said the truck driver ran into the children just outside Ojodu Grammar School and sped away.

“He was pursued and caught around Ogba and was brought back to the station. That is why the youth are attacking the police station.”

People are seen running helter and skelter as sound of guns are heard in the area. Shops have shut down and the entire area is deserted.

There is massive police deployment in the area which has helped to restore calm.

Police used teargas to disperse protesting students and hoodlums in the area.

The entire Ojodu-Berger road is deserted as people feared for their safety.

“We are on top of the situation. Adequate policemen are on ground to maintain law and order. The situation is being professionally handled,” he said.

In the same vein,  the Commissioner of Police in the state, Hakeem Odumosu, confirmed the accident to Channels Television via a telephone interview. 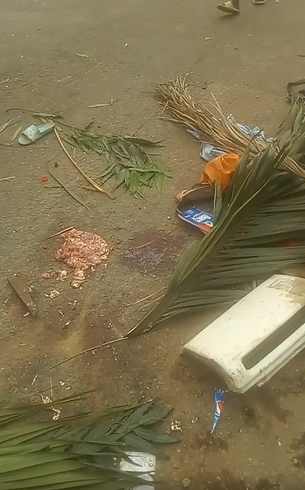 He said the exact number of casualties is still sketchy, although it is believed that about 15 students are feared dead.

After hitting the schoolchildren, the police boss explained that the truck driver made attempts to escape but was chased by police operatives before being arrested. 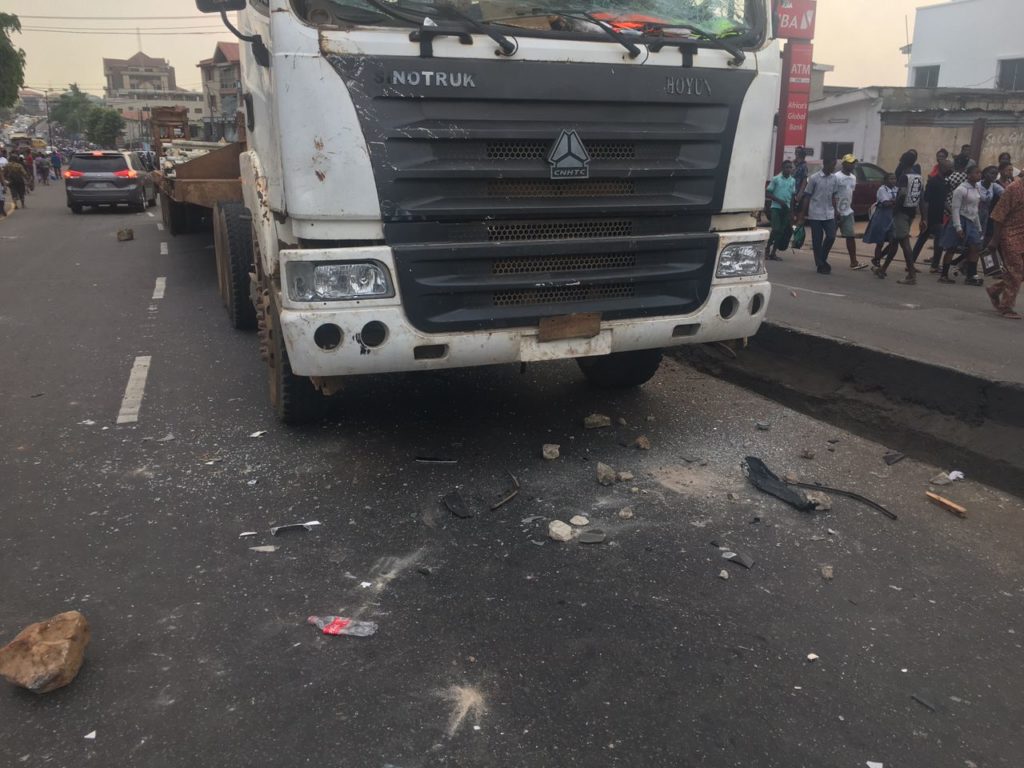 Upon his arrest, he was detained at the Ojodu Police Station where some angry mob tried to lynch the driver but were resisted by the police.

According to Odumosu, the crowd upon failing to lynch the driver tried to burn the police facility but they were resisted by police personnel.

Following the incident, there are reports of civil disturbances in the area as students are said to be vandalising trucks in the axis.

However, operatives of the Federal Road Safety Corps has denied involvement in the crash that claimed lives of students in Ojodu area of Lagos state.

A statement signed by FRSC Public Education Officer, Route Commander Olabisi Sonusi stated that men of FRSC were only called upon by passerby to help intervene after the crash had happened.

The statement reads: “An articulated truck was said to have lost control at Grammar School Bus stop along Ogunnusi road, Lagos today Tuesday 7th December, 2021 which caused the death of unverified number of students and leaving many injured.

The men of FRSC were called upon by passerby to help intervene after the crash had happened.

About seven (7) of the victims were rescued and immediately taken to Lagos State Emergency Centre Ojota by FRSC personnel while another road user helped in carrying about seven (7) also to the same emergency centre.

The general public should disregard the disgruntled information been circulated by some unscrupulous element that FRSC men caused the crash.

“We want to place it on record that our men were not in any way involved in the cause of the crash as patrol activities was not ongoing along that axis as at the time of the crash.”

The Sector Commander Corps Commander Olusegun Ogungbemide however wishes to commiserate with the families of the deceased, that God will grant them the fortitude to bear the irreplaceable loss. He also prayed that the injured will recuperate fast.

He therefore wishes to state that normalcy as been restored to the axis as security agents are on ground to ensure free flow of movements for motorists.