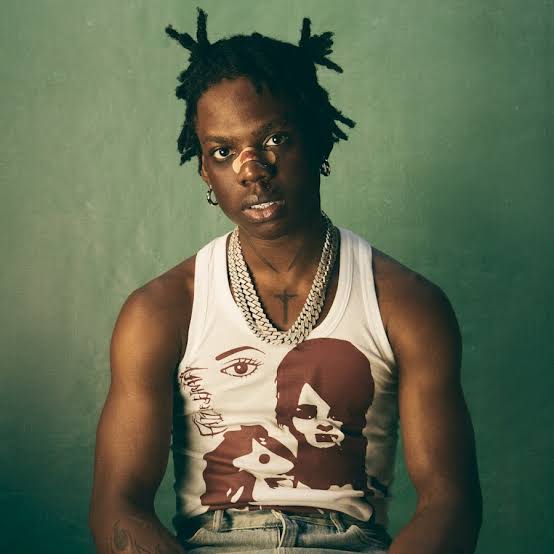 The outstanding Nigerian recording artiste and Mavin Records superstar in a recent interview mentioned his biggest musical influences and inspirations in the Nigerian music industry.

Rema earlier announced a ‘Rave & Roses’ Australia Tour. The tour will see the raving recording artiste perform in Australia from Friday, July 15 to Sunday, July 17 in Perth on the first day, Melbourne on day two and Sydney on the last day.

Meanwhile; Top Nigerian musician and entertainer, Folarin Falana, better known as Falz is in the news after delivering a top notch performance in a football match.

The award winning Nigerian rap artiste who is set to to released his fifth studio album joined other influential personalities to play a friendly match at the Old Trafford stadium in the United Kingdom.

Falz delivered a superb performance during the match. In a video he shared on his official and verified Instagram page, the ‘This Is Nigeria’ hit-maker converted a beautiful pass from a teammate to score a goal.

He thereafter celebrated the goal with the Cristiano Ronaldo ‘siuu’ celebration. “Nominate this guy for Ballon D’or already Abeg!!! Guess who scored a goal at Old Trafford today ”, he captioned his post. See post below.