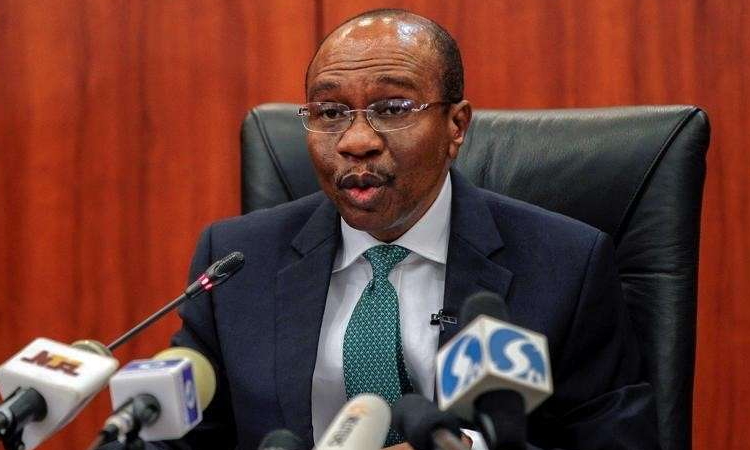 …Why He Can’t Be Sacked, Aisha Yesufu

The Central Banks of Nigeria, CBN has debunked reports that its Governor, Godwin Emefiele was sacked.

While some social media users believe the president may need to go through legislative processes before sacking the governor, others have continued to spread rumours of his alleged sack.

The Head of Corporate Communications of the Central Bank, Osita Nwanisiobi said the purported sack was not true.

Denying the report, Osita said, “I heard it just the way you got it too. As far as I am concerned, it’s a rumour, I’m not aware of any sack”

Recall that the CBN Governor has been under pressure since he declared interest in running for president of the Federal Republic of Nigeria in 2023.

Some stakeholders had called for his sack over his involvement in partisan politics.

Reacting to the rumoured reports, the Activist said the president may need to go through legislative processes before sacking the apex bank governor.

In a tweet on her official Twitter handle, Aisha, however, said she would love the governor to be sacked over the alleged politicisation of his office.

She wrote, “In as much as I would love @GodwinIEmefiele to be sacked for all his incompetence, failure and politicisation of his office, the President cannot SACK a CBN Governor!

“There is a process and that process must be followed. It is called “Rule of Law”.

Comic Actor, Imeh Bishop Curses Those Behind Insecurity In Nigeria

Nigeria’s Leading retail financial institution, Access Bank will be rewarding its customers in the South-South and South-East region with millions of naira and other attractive consolation prizes in the DiamondXtra regional draw.

The Live draws which have been scheduled to hold on June 29, 2022, in Owerri, Imo State, will feature mouthwatering cash prizes of N1million, Business grant worth N1million, Rent for a year worth N1million, Educational grant of N500,000, and the star prize, Salary4life where a lucky customer will earn N100,000 every month for 20 years.

Speaking to newsmen at the Bank’s head office in Lagos, Adaeze Ume, Group Head, Consumer Banking, explained that the motivation behind the regional draws in the new season of the reward scheme is the need to transform the lives of More Nigerians across the country.

“To deliver on our promise to continually reward our customers for their loyalty and continued savings with our bank, we have decided to take the DiamondXtra reward scheme draws even closer to them”, she said.

“We intend to reward 38 lucky customers in the South-South, South- East region with juicy cash and consolation prizes in the LIVE draw taking place on the 29th of June 2022 in Owerri, Imo State.

“By executing LIVE draws in the regional hubs across the country we believe this will aid consumer participation, drive credibility of this 14 year old reward scheme and boost our relationship with our dynamic and loyal retail customer base in the various LGAs and regions across the nation.

“We continue to evolve and reflect on the various offers within the DiamondXtra reward programme, and engage our customers on what they would prefer to have as a reward.

“So this year, we introduced a new reward element to commemorate the launch of season 14 (tagged READY FOR MORE); in line with the evolving economic climate that has seen more businesses commence trading and transactions online, we now offer digital skills training to 14,000 lucky customers as one of our prizes.

“This skill will empower them and enable them to boost their businesses and operations as entrepreneurs leveraging the Digital Marketing platforms. This is our own little way to help build employers of labour instead of employees of labour.

“To join the winning train or to stand a chance to win in the forthcoming South South, South-East regional draw, simply fund your DiamondXtra account with a minimum of N5,000 or more for an opportunity to win millions and other attractive prizes.

“Those who do not have a DiamondXtra account can simply open an account by dialling *901*5# from their phones and fund it with a minimum of N5,000 or more to stand a chance to become a winner”, Ume concluded.

DiamondXtra is an interest yielding hybrid account which allows deposit of both cash and third-party cheques. Hybrid means a combination of both savings and current account features. The DiamondXtra reward scheme was launched in 2008 and has been running till date. 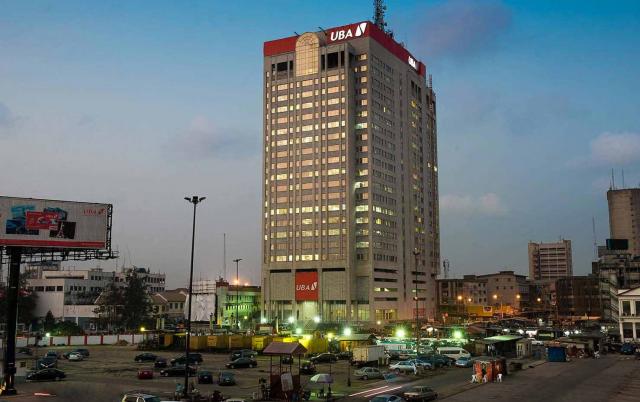 The United Bank for Africa (UBA) on Wednesday, redeemed its debut $500 million 5-year Eurobond notes with the maturity date of June 8, 2022.


The bank in a statement stated: “ Issued in 2017, the five-year bond was offered at a coupon rate of 7.75%, and raised to support the Bank’s business in key sectors of the economy.


As part of UBA’s liability management strategies, In November 2021, the bank repurchased $310.9 million of the notes through a cash tender offer. Upon maturity of the Eurobond, the outstanding portion of $189.1 million and the coupon of $7.3 million were redeemed by the bank.”


“The development is a testament to UBA’s robust and prudent liquidity management strategies, coupled with a very strong and diversified asset and liability management process. This, in spite of macroeconomic headwinds underpinned by FX illiquidity, double-digit inflation and currency devaluation,” said Kennedy Uzoka, GMD/CEO of UBA.


With presence in 20 African countries, including Nigeria, as well established operations in France, the United Kingdom (UK) and the only sub-Saharan African bank with a deposit-taking licence in the United States of America (USA), UBA is a renowned financial institution providing banking and financial services to over 33 million customers across the globe.

Access Bank Plc has entered into an agreement to acquire the entire 83.4 per cent equity stake held by Centum Investment Plc, a Kenyan-based investment company, in Sidian Bank Ltd, for the sum of about N15 billion ($37 million).


Access Bank disclosed the acquisition in a statement sent to the Nigerian Exchange Limited, NGX on Wednesday noting that the transaction is subject to regulatory approvals in Kenya and Nigeria. Access Bank said the purchase consideration includes the price to “book multiple of 1.1 times” based on the audited March 31, 2022 shareholders’ equity of Sidian.


Commenting on the transaction, Herbert Wigwe, the group chief executive, Access Corporation said: “This growth transaction being implemented in Kenya represents the relentless focus and execution of our strategic objectives within our banking subsidiary even as we grow the other businesses within Access Corporation’s core segments.”


“The acquisition of Sidian is a significant step-up in scale and potential for Access Bank in Kenya which represents the largest market and trade corridor in East Africa.


“The significant increase in scale and customer base presents us with enormous opportunities to support growth in the various ecosystems we are building in our trade and payment business.”


On his part, Roosevelt Ogbonna, chief executive officer, Access Bank, said the transaction builds on their earlier acquisition of the former Transnational Bank Plc (now Access Bank Kenya) “and underscores our resolve to strengthen our presence in Kenya, a key African market that fits into our strategic focus for geographic earnings growth and diversification.”