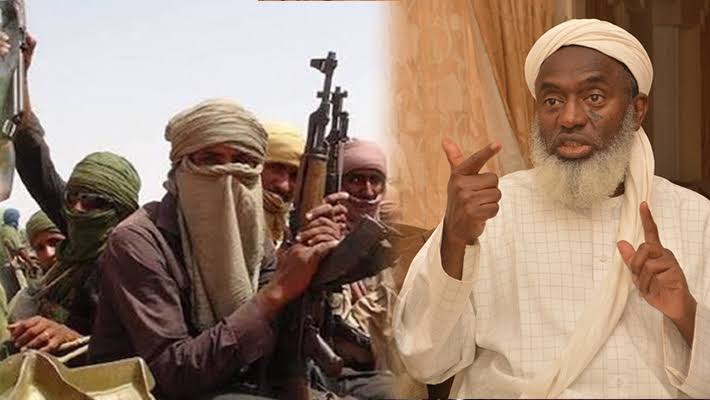 The Oyo State chapter of the Oodua Peoples Congress under the leadership of Iba Gani Adams, the Aare Onakakanfo of Yoruba land, has said the unexpected visit of an Islamic cleric, Sheikh Ahmad Gumi to Igboho, a town in Oyo State is an affront to the entire Yoruba nation.

Addressing journalists during the weekend, Rotimi Olumo, the coordinator of the OPC in Oyo State, said Gumi outstepped his boundary and warned him to steer clear of all parts of the South-Western region of Yoruba land.

According to Olumo, Gumi’s visit poses a big security threat to the entire Yoruba nation because they did not see any reason or interest it serves, rather than to make a mockery of the people in the South West.

He argued that the verbal attack by Gumi and his entourage on Igboho was a clear manifestation that they were there to ridicule and provoke Yoruba people in their domain, which the OPC frowned upon.

He said the Yoruba Nation did not need the assistance of someone like Gumi to protect “our people” as adequate measures have been put in place to secure the region.

Olumo noted that it should be remembered that he was the one who raised the alarm that there were plans to invade Igangan and other parts of Ibarapa by bandits, which eventually took place, and that the visit of Gumi to Igboho called for concern.

He called for adequate vigilance from the people of the entire South-West, saying Gumi could not be trusted.
The OPC argued that Gumi’s visit to the region was suspicious, as it was being insinuated that he could have come as a spy for bandits.

Olumo said the Oyo State executive of the OPC reiterated their unflinching confidence in the leadership of Iba Gani Adams and commended his efforts for the way he has been handling the affairs of his office as the Aare Onakakanfo of Yoruba land and the General Overseer of the OPC, as well as the security of the people of the entire South West.

He said the OPC under the leadership of Iba Gani Adams is prepared for any eventuality in the region, adding that the region is now being closely monitored against any infiltration into the region by bandits and other unscrupulous elements.

The OPC also commended the South-West Governors for their relentless efforts in ensuring peace in the region.
He added that OPC members are law-abiding and ready to work and operate within the ambit of the law and collaborate with all security agencies to ensure the protection of lives and property in the South West.
Olumo also warned Kaduna State Governor, Nasir El-Rufai that he cannot decide for Yoruba people over the issue of Fulani herdsmen.